Willock and Nelson have started five Premier League games between them so far this season as Emery looks to develop a group of home-grown players. “Really, we can be very excited about some players, but I want to have the same level of excitement for Pepe, for example, or [Dani] Ceballos, David Luiz or [Gabriel] Martinelli as I am with Reiss Nelson, with Willock, with Emile Smith Rowe,” the Gunners boss told Arsenal.com.

“Also, with the players who were working with us last year like Mesut Ozil, [Pierre-Emerick] Aubameyang, [Alexandre] Lacazette, Hector Bellerin, Rob Holding, [Bernd] Leno...everybody. We can be excited about every player.”

Emery has additionally reserved individual praise for midfielder Matteo Guendouzi and highlights the Frenchman as an example to everyone else in the squad, in both arriving at the club as a new signing last summer and establishing himself as a young player. “Matteo is a very good example for how we can develop our young players, with new young players or the spirit within the players who are here now,” Emery said, also via Arsenal.com.

“He was very young, but his ambition and his wish to adapt very quickly, as well as his quality, were very good for us. He started playing and training with us, and after, his progress and development during the season was amazing,” the coach added.

“This year, I think he’s taken one step ahead, improving and also giving us one level more in his performances. We want to continue with him, working in each training session and in each match. 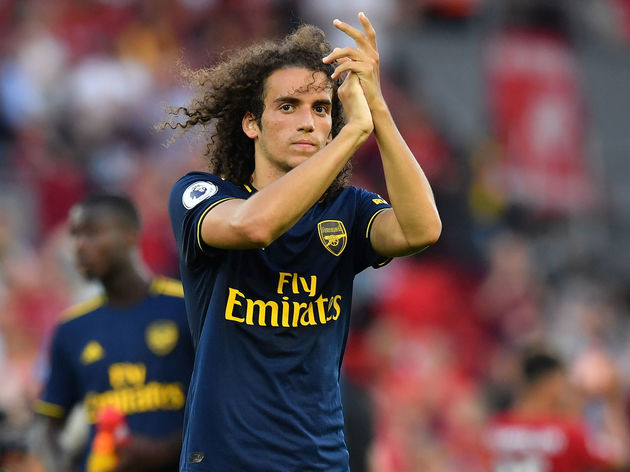 “For him and for us it’s a big challenge to take that step ahead. For other young players, his spirit, his progress, his development is a good example, for Willock, for Emile Smith Rowe, for Reiss Nelson. It’s a very good example for everybody.”