​Henrikh Mkhitaryan has admitted he left Arsenal to join Roma on loan because he was unhappy and no longer enjoying his football at the Emirates.

After Armenia beat Bosnia and Herzegovina 4-2 on Sunday, where the playmaker scored two goals and bagged an assist, Mkhitaryan said he needed to leave England to start getting the best out of football again.

The Armenian playmaker joined ​Manchester United in the summer of 2016, where he spent two mixed years at the club - winning a Community Shield and a Europa League - but struggled under Jose Mourinho and departed as part of the swap deal with Alexis Sanchez going the other way. 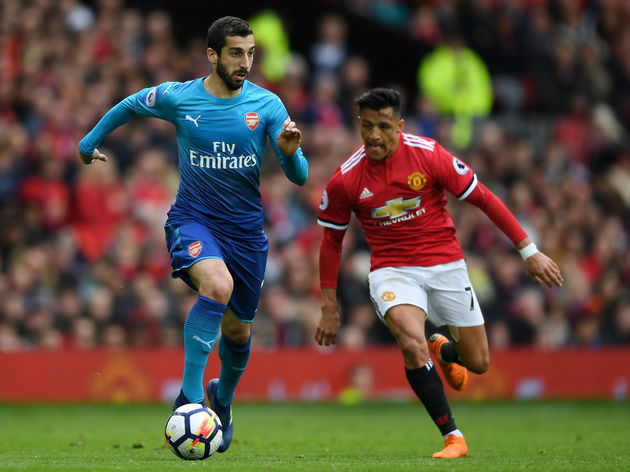 As quoted by ​Sky Sports, Mkhitaryan said: "I have to enjoy playing football, no matter the place. In England, I no longer felt happy.

"I got a call from my agent and I wanted to come, because it was a great opportunity for me. I didn't even have a discussion with my agent about money. Maybe I was not fitting so well in English football, so I think a change was good."

He added: "The last month at Arsenal I was not happy, so that's why I said it was better to come to Roma and to get happy and to get the pleasure from playing football again.

"Now I am in Rome and I focus on them. This is not a step backwards as great football is played here. I wanted to change scenery and for me it is an opportunity to be seized."

In January 2018, ​Mkhitaryan joined the Gunners as part of one of the most bizarre transfer deals in the history in exchange for Sanchez. After eight goals, zero trophies, and one and a half years at the club, the Armenian seems to have escaped his ​Arsenal nightmare with a move to Roma.