Euro 2020: 6 Nations Who Could Be the Dark Horses at Next Year's Competition

​The international break might bring a far from popular two-week break to domestic football, but over the last

The competition next June will be played across 12 different countries in Europe, with venues ranging from Wembley Stadium and the Allianz Arena to stadiums in Hungary and Romania.

All eyes are still on the usual suspects ahead of Euro 2020, but the most recent rounds of qualification have shown that there could be some new dark horses next year, including some nations returning to major competitions and even a new one altogether.

Here are six of the teams that could cause quite the upset at Euro 2020 next summer. With Bayern Munich striker Robert Lewandowski leading the line for 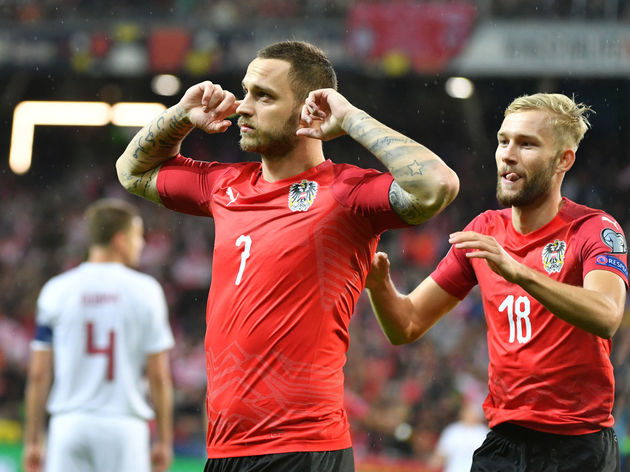 Just like Poland, Austria are among a group of countries who are just outside what most would consider the elite group of international football. As a team who only became part of UEFA and FIFA in 2016, Kosovo are on track to make an appearance at next summer's European championships - either through standard qualification or the Nations League play-offs.

They lost nine out of their 11 opening matches since becoming part of UEFA and FIFA, but Kosovo are taking an unbeaten run which has lasted for almost two years into their Euro 2020 qualifier with England on Tuesday. Ranked 32nd in the world by FIFA, the Republic of Ireland could cause quite a stir next summer if they can maintain their form from qualifying.

They caused a few headaches at the Euros three years ago by getting results against Sweden and Italy, as well as taking hosts France down to the wire, but with an average age of just over 27, Mick McCarthy's side is crying out for an injection of young players to give them a much-needed facelift.

Fortunately, exciting talents like Adam Idah and Troy Parrott could still break into the senior team before the competition next summer. Italy will be coming into the competition with a serious point to prove after their rebuilding process in recent years, having failed to get past the quarter-final stage of a competition in seven years, where even then they were thumped 4-0 by Spain at the European championships.

Manager Roberto Mancini has made a number of changes since he was appointed last year, handing almost 20 new players their international debuts for the Azzurri, including Nicolò Zaniolo (Roma), InterChelsea A side who no longer have Brazilian imports as their biggest stars, football icon Andriy Shevchenko has taken qualification by storm after developing an exciting generation of players at both ends of the pitch with Ukraine.

They've conceded the fewest amount of goals (one) out of the 55 teams taking part in the qualifiers - level with Belgium and England - and are averaging more than two goals per game.

Their 5-0 win over a star-studded Serbia side earlier this year earmarked Ukraine as a potential dark horse for Euro 2020, especially as it built on