6 Footballers Who Could Win the WWE 24/7 Title

​In the WWE, the 24/7 title can be defended anywhere and won by anyone, and we saw that on Monday as Boston Celtics star Enes Kanter stole the title away from R-Truth, albeit only briefly.

If NBA stars can get in on the fun, why not footballers? After all, there are plenty who would be perfectly at home inside the squared circle.

Here are six footballers who should go after the 24/7 title. Right, let's get the obvious one out of the way.

Striker Adebayo Akinfenwa is huge. He's a machine. He's a beast. If he wanted anything, he could probably just go take it.​ Except, you know, the ability to play at a level higher than League One.

Not the most agile, Akinfenwa could just run through people, like we see Braun Strowman do week in, week out. It works for Strowman, so why not Akinfenwa?

If Drake Maverick wet himself at the sight of the Big Show, just wait until he gets a good look at Akinfenwa. As perhaps the scariest man in the world, Martin Skrtel could easily forge out a successful career as a wrestler.

His finisher could just be a death stare. The former ​Liverpool man looks so intimidating, it would easily be enough to strike fear amongst the 24/7 title challengers.

Being the 24/7 champion would be perfect for Skrtel because he could give up the title in a matter of minutes, just like he did with his contract with Atalanta during the summer. A match made in heaven. During his time with both ​Chelsea and ​Atletico Madrid, a common criticism of ​Diego Costa was that he was more concerned about fighting than he was about football.

Not only would it be hilarious to see him charging around backstage and screaming at anyone who wanted to challenge him, but he'd probably be able to beat most of them in a fight.

It would take a brave man to try and take the 24/7 title away from Costa, who could easily snap at any given moment. He's about as unhinged as WWE wanted Dean Ambrose to be. If you think about it, Zlatan Ibrahimovic is perfect for WWE. He's massive and he's athletic, and that's about all you need to get a push on the main roster these days.

As a taekwondo specialist, Ibrahimovic actually has the skill set to defeat pretty much all of those chasing the 24/7 title. 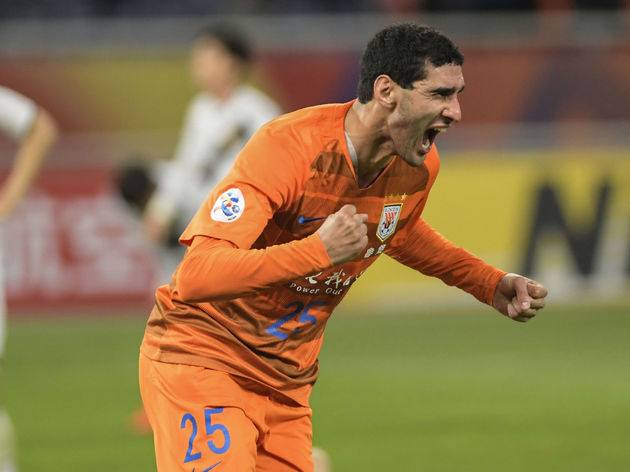 Like Ibrahimovic, former ​Manchester United and ​Everton man Marouane Fellaini is huge. However, he definitely doesn't have the athleticism to match.

Fortunately, what he does have is a love of just elbowing everyone. Literally everyone. Footballer? Have an elbow. Loveable, underappreciated wrestler in the 24/7 division? An elbow for you as well. Knock someone out, pin them and take the belt. Easy.

​Shinsuke Nakamura may claim to be the 'King of Strong Style', but he learned everything he knows from Fellaini. 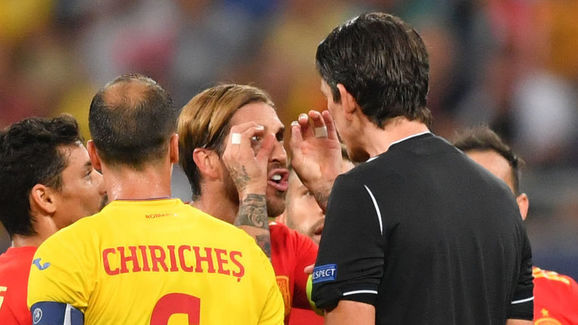 In the 24/7 division, there are no rules, and that sounds like heaven for ​Real Madrid defender ​Sergio Ramos.

The Spaniard clearly doesn't like rules, given he seemingly can't stop getting sent off during games. Throw him in a no-holds-barred situation, and he would be a star.

Having said that, letting someone like Ramos near tables, ladders and chairs sounds like a real recipe for disaster...