The 10 Most Expensive Squads in the Premier League

​The Premier League is full of money. TV deals are lucrative and sponsorship deals are massive, and that means most clubs have the power to go out and sign some huge players for astronomical fees.

You don't often get far in the English top flight without spending money, and most teams know that. Football Observatory have taken a closer look each club's costs of assembling their current squad, and there are certainly some interesting results.

Here are the ten most expensively assembled squads in the Premier League. ​Newcastle United fans won't hesitate to remind you about owner Mike Ashley's reluctance to spend money, but that's not actually the case.

They might not have spent a lot of money at one go, but Newcastle have actually parted with a cool €227m to recruit their players. Yes, recent arrivals Joelinton, Allan Saint-Maximin and Miguel Almiron make up a large part of that, but that isn't the entire story.

Jonjo Shelvey, Matt Richie and Yoshinori Muto all cost the Magpies sizeable fees, but supporters will certainly want to see​ that spending increase over the coming years. In their push to climb up the ​Premier League table, ​West Ham United have spent €259m to build their current squad.

The Hammers' most expensive signings are Sebastien Haller, Felipe Anderson and Pablo Fornals, all of whom cost well over £25m. Issa Diop and Andrii Yarmolenko also didn't come cheap.

West Ham are yet to reap the rewards, but the hope is that this could be their season to take things to the next level. ​Leicester City shattered their transfer record to bring in Youri Tielemans from Monaco for around £40m, which took their overall spending up to €312m.

They also spent heavily on striker Ayoze Perez and Dennis Praet, and those two joined up with the likes of Kelechi Iheanacho, James Maddison and Ricardo Pereira.

The Foxes are many neutrals' favourites to break into the top six this season, after establishing themselves as one of the Premier League's most exciting sides under Brendan Rodgers.​ Another of those sides who have been criticised for a lack of spending, ​Tottenham Hotspur actually remembered what a transfer window is this summer, shattering their transfer record to bring in Tanguy Ndombele for €60m.

They have also parted with sizeable fees to recruit Davinson Sanchez, Moussa Sissoko and ​Son Heung-min, but it still seems surprising to see Spurs sat at just €465m.

However, that's largely down to their transfer strategy. Spurs love to use their academy or pick up young prospects, which is why ​Harry Kane, ​Christian Eriksen and Hugo Lloris make little or no impact on their expenses.​ Like Leicester and West Ham, ​Everton are trying to take that next step and establish themselves as a Premier League superpower, and they have certainly spent money like one.

Alex Iwobi, Moise Kean and Jean-Philippe Gbamin were the blockbuster arrivals this summer, but none came close to breaking the Toffees' transfer record - the £45m they spent to sign Gylfi Sigurdsson in 2017. 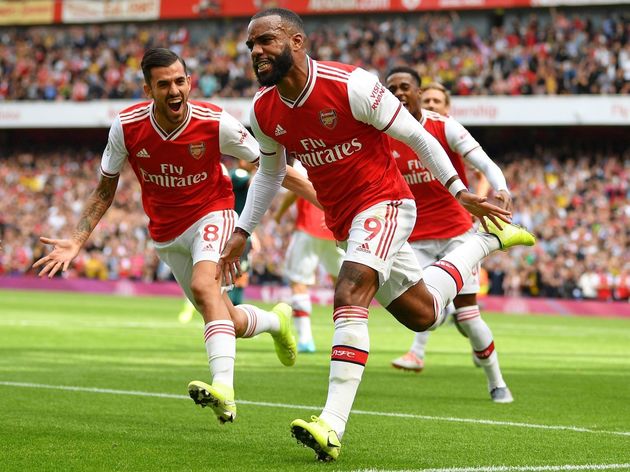 At €498m, Arsenal's spending is actually good enough to be in the ​top ten worldwide. Not bad for a team who were ridiculed for their lack of spending a few years ago.

All that spending is yet to translate into much silverware, but there's plenty of time for that to change. Pepe's Arsenal career is still in its infancy, and fans will be hoping that it takes off soon.​ Given ​Chelsea were actually banned from signing players this summer, they've done well to still finish fourth on this list.

Their total of €561m is largely down to their world-record acquisition of goalkeeper Kepa Arrizabalaga in 2018, but bringing in Christian Pulisic and turning ​Mateo Kovacic's loan into a permanent stay has helped bump their spending up even more.

They did win the Europa League last season, but a lot has changed since then. Can they maintain that success this year?​ ​Liverpool spent €639m to assemble a team which was capable of winning the ​Champions League, but once they did so, they then chose not to spend a single penny on the first team.

Perhaps they don't need to. After all, they do have Virgil van Dijk, Alisson, ​Naby Keita and ​Mohamed Salah, whilst there are plenty of other elite talents on the books at Anfield.

They will likely have to return to their spending ways in the near future, which could help the Reds secure the elusive Premier League title.​ Having spent €751m on their squad, you could justifiably demand more from the global superpower that is ​Manchester United.

The Red Devils are not scared to flex their financial muscle when required, spending huge fees to bring in ​Paul Pogba, ​Harry Maguire and ​Anthony Martial.

However, for all that spending, results on the pitch have been incredibly inconsistent. United missed out on Champions League qualification last season, so they might have to spend even more to get themselves back there. Could it be anyone else? If there are two things ​Manchester City are good at, it's winning titles and spending money, and their total of €1.014bn is all the proof you need of the latte.

Instead of spending heavily on one player - Rodri's £62.8m move this summer is their record transfer - City prefer to spend slightly less heavily on pretty much every position in their entire squad.

When you take that approach, you end up with players like ​Kevin De Bruyne, Aymeric Laporte and ​Raheem Sterling, and you almost certainly end up with Premier League titles. ​