Lo Celso, who joined Spurs on loan from Real Betis with an option to buy next summer, played 53 minutes of Argentina’s friendly against South American neighbours Chile on Thursday, during which he sustained the problem in question. At the time, the player insisted to local media that it was nothing severe and simply a ‘blow’.

However, it was enough for Lo Celso to withdraw from the squad for the next match against Mexico, and an update from Spurs has now clarified the situation.

Confirming that Lo Celso's injury occurred in the game against Chile, the ​statement explained, "He will now undergo a period of rehabilitation and is expected to return to training with the first team towards the end of October." Starting with Saturday's Premier League clash with Crystal Palace, it means Lo Celso could miss as many as 10 games in all competition over the next seven weeks as he begins the recovery process. It would be 11 if Spurs progress in the Carabao Cup later this month.

Big games against Leicester, Olympiacos, Bayern Munich, Red Star Belgrade and Liverpool in England and abroad are included in that number, with Mauricio Pochettino’s team already struggling after an underwhelming start to the new season so far.

It is a bitter personal blow for Lo Celso as he is still awaiting his full Tottenham debut, having not yet started a game for his new club, despite first arriving in north London just over a month ago 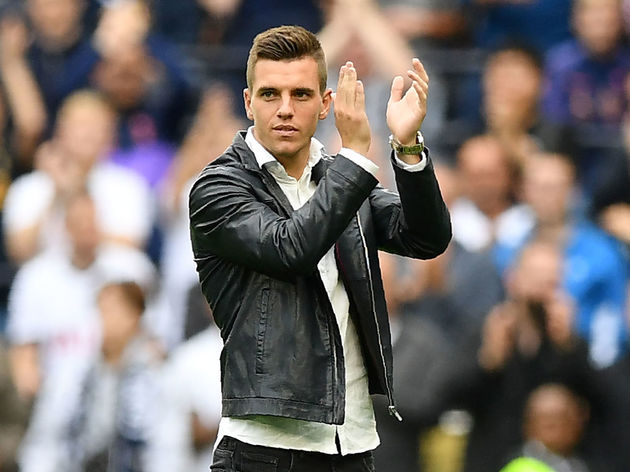 Frustratingly for Spurs fans, injury has already ruled club-record signing Tanguy Ndombele out of the last two games. Meanwhile, fellow summer arrival Ryan Sessegnon is still to play for the club since joining from Fulham as he continues rehabilitation on a hamstring injury.