​FIFA 20 have dropped their ratings for the top 100 players in the game, generating the usual mass discussion online about how wrong EA have got it.

The ratings for the 12 revealed Real Madrid players have proven to be particularly controversial, considering just how poor a 2018/19 season Los Blancos endured, with much outcry all over social media. 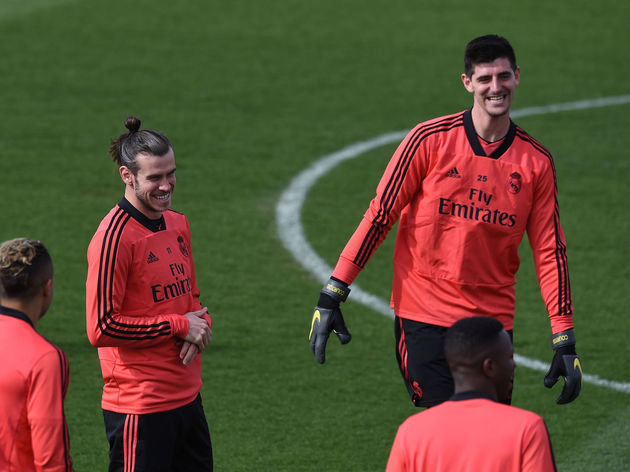 Raphael Varane was downgraded to an 85, much to the bewilderment of Twitter users.

Varane has been done over on the FIFA 20 rating 

Fifa really gave Alba, Hummels, Alderweireld and Laporte a higher rating than Varane. What a joke.

Hahaha Varane is 85 rated and Alderweireld is 87 rated in fifa 20. What are they smoking at EA headquarters?? Unreal

Full backs Dani Carvajal and ​Marcelo were also rated 85, although this time many felt they were overrated on the game, having been part of a poor ​Real Madrid defence last season, particularly in comparison to others such as Andy Robertson and Clement Lenglet.

Lenglet is the new Busquets: He hasn't extravagant hairstyles, nor does have marketing in his name and that's why players like Marcelo, Carvajal or Modrić, with the ridiculous season that they've done, are ahead of him on the list of 55 best players by FIFA. A shame. pic.twitter.com/BRYs3yVOlC

Elsewhere, there was much confusion surrounding ​James Rodriguez's 55 pace...

Someone said James got 55 pace on Fifa this year lmaooooooooooo

​Liverpool fans weren't happy with Isco and ​Casemiro's ratings when compared to the likes of Roberto Firmino and ​Fabinho.

I generally don't care about FIFA ratings but seeing a guy be the best DM on the planet last season to be lower than casemiro who's been shocking for 2 seasons now. I simply can't say nothing pic.twitter.com/sbG5H5WySL

There were some mixed feelings regarding ​Karim Benzema's 87 ranking...

FIFA and their ratings can go to hell, Karim Benzema deserves a much higher rating.

Mertens and Benzema is rated higher than Firminho in Fifa 20????? What a joke!!!!

...while ​Thibaut Courtois' 88 rating was considered far too generous by many.

I support Madrid neh but eish...should Courtois really be an 88 on FIFA after the season he just had

Pace was again a topic of interest, this time regarding ​Toni Kroos' downgrade to 45 in the category.

​Sergio Ramos and ​Luka Modric were ridiculed for their generous ratings, with many pointing out how poor both were last season.

Please, on what premise is Luca Modric rated higher than Paul Pogba in FIFA?

Paul is robbed. 2018-19 was his best season for Manchester United so far. While on other side no one knew is there any Modric playing for Real Madrid in 2018-19 but he got 90 rating while Paul got 88 lmao. FIFA is deluded. pic.twitter.com/XlfIelQAYY

Once again fifa go on reputation instead of actual good footballing talent with the ratings. How is Modric 90? How is Fernandinho rated higher than Fabinho? How is Firmino same rating as Lacazette? And how is he only 4* skills. How is Mane same rating as Sterling? Son’s card is

Finally, there were mixed opinions regarding ​Eden Hazard's 91 rating, with some believing he should be higher than ​Neymar and others insisting he should be further away from ​Lionel Messi.

Miss me with this Neymar defending.

The boy can’t stay fit for even close to a full season. He’s just as likely to be out partying than he is to be on the pitch. Availability is important.

Meanwhile Hazard is getting 16 & 15 in the PL alone, and FIFA can’t upgrade him 1 point.

Nah man, FIFA got it all wrong. If HAZARD is a 91, Messi should be AT LEAST 96. You can’t separate Messi and Hazard by 3 points. #fifa20 pic.twitter.com/XApgOu4naR