Rashford started on the left wing in the 4-0 win over Bulgaria at the weekend and already has 33 senior England caps to his name, despite being just 21 years of age. Yet the United player has come under criticism from fans in the early weeks of the season and is still arguably to find his best position for club or country.

England manager Gareth Southgate praised Rashford’s role coming in from the inside left position in winning a penalty against Bulgaria and is encouraging the player to use his speed, rather than move into areas of the pitch where he is less effective.

“A lot of his development at United was as a wide raider and he isn’t as strong as Harry [Kane] with his back to goal and holding play up,” this boss said, via The Guardian.

“I think he can threaten teams in behind more. When he opens his legs and he runs in behind defences that’s the last place they want to be.”

Sancho has made a fine start to the season in Germany with seven combined goals and assists for Dortmund in five appearances in all competitions. That form could see him rewarded with what would be just the third competitive international start of his fledgling career.

According to the Daily Mail, Sancho is therefore set to be in the starting XI at St. Mary’s for the visit of Kosovo, who look to England’s closest challenger in the Euro 2020 qualifying group as the Balkan nation attempt to reach their first ever major tournament.

The newspaper notes that Rashford is expected to be the player dropped in an England line-up that is unlikely to be much changed from the team that started against Bulgaria.

Sancho is typically a right winger and that could mean that Raheem Sterling, who scored his fifth international goal of 2019 against Bulgaria, is switched to the left, where he has often played for Manchester City at club level. 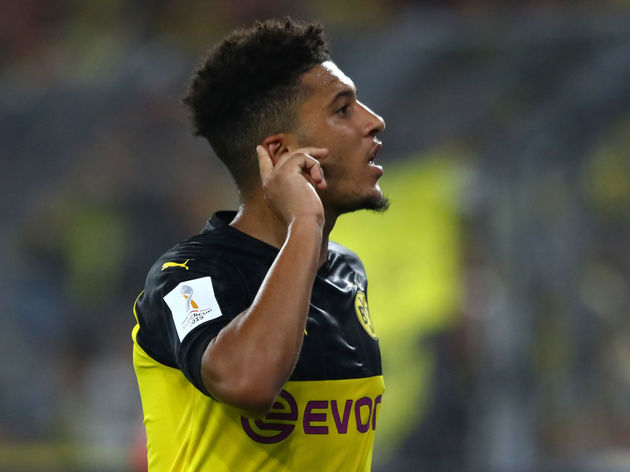 The Mail suggests that the only other changes to Southgate’s team from the Bulgaria game could see Trent Alexander-Arnold and Ben Chilwell replace Kieran Trippier and Danny Rose at right-back and left-back respectively.