Mauricio Pochettino's men have started the season in disappointing form, gaining valuable points away to Manchester City and Arsenal but dropping all three in a supposed home banker to relegation-tipped Newcastle. ​Palace, meanwhile, sit pretty in fourth despite concerns heading into the campaign. A loss to ​Sheffield United is the only blip in what has otherwise been a superb start, which includes an unexpected victory at Old Trafford.

Defender Juan Foyth remains absent for Spurs, having suffered an ankle injury in a pre-season friendly with ​Bayern Munich.

Summer recruit Giovani Lo Celso injured his groin over the international break and will be absent until October, but Davinson Sanchez, Tanguy Ndombele, Ryan Sessegnon, Kyle Walker-Peters and Eric Dier could all be involved on Saturday. Palace's injury problems have laid in defence this season. James Tomkins could make his long-awaited return this weekend, while Martin Kelly is a further doubt having strained his groin.

Historically ​Spurs have the superior record of the two, winning 30 games against the Eagles compared to Palace's 12 victories. This dominance has extended in recent years, with Spurs triumphant in ten out of the 12 league games played since Palace's promotion in 2013.

This fixture last season was Tottenham's very first in their new stadium, with goals from ​Son Heung-min and Christian Eriksen securing the three points.

Spurs enter this clash in patchy form, with an expected win against recently promoted Aston Villa spoilt by a shock loss to Newcastle. Away draws to ​City and ​Arsenal are more than respectable, although even the most ardent Tottenham fan will admit a point at the Etihad was extremely fortunate on the day. ​Palace, in contrast, have performed above expectation and should arrive with confidence. A draw with ​Everton was followed by a timid display at Bramall Lane in a 1-0 loss, but subsequent wins over ​Manchester United and Villa have catapulted Roy Hodgson's men into fourth.

Spurs struggled to break down a stubborn ​Villa until ​Eriksen came off the bench and sparked some creativity into the team, with the pattern repeating itself against ​Newcastle, although this time the breakthrough wasn't found. 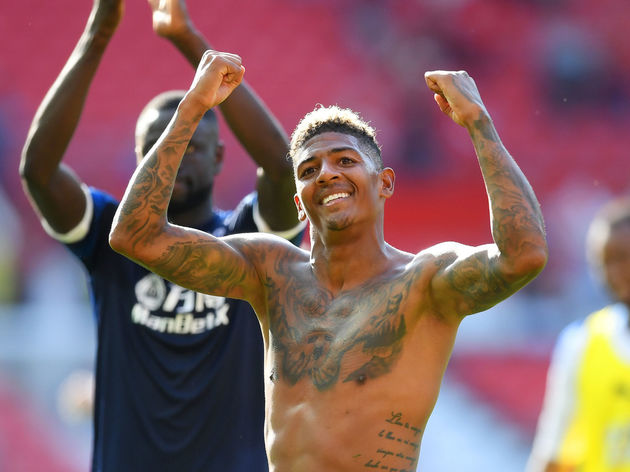 Palace will similarly remain compact and look to frustrate Spurs, but with the transfer window closed and ​Eriksen's future - at least until January - sorted, expect a refreshed Tottenham to kick-start their season properly.