The 20-year-old only made his England Under-21 debut a year ago, but his impressive form for Chelsea – which saw him nominated for the August Premier League Player of the Month award – meant he was selected by Gareth Southgate for the senior side for the first time this month.

Mount was energetic and lively during his Wembley cameo and the former Derby loanee has insisted he's now determined to build on his good start and get more opportunities for England. 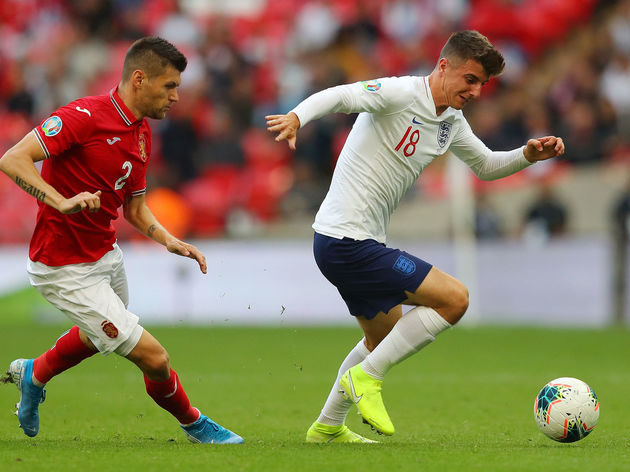 Quoted by the ​​​Daily Mail, Mount said: “'It was unbelievable, something you dream about as a kid. There were not many people there for that Under-21 game and it was like playing on a school pitch. But it went well, and everything has gone so quickly. I have just tried to learn everything I can.

“You get a little bit nervous every time you get asked to step up. But when I am on the pitch, the nerves go away and you focus on the game, trying to have an impact. Every time there is a target and a goal, I try to push and reach that goal.”

Mount hailed head coach Gareth Southgate's commitment to bringing a number of young players into the England setup, insisting that the likes of himself, Declan Rice and Jadon Sancho could push each other to new heights. “If you look at our squad," he said, "it's young - one that wants to learn and wants to win. If you are playing well, you are going to get a chance. When you do, you have to take it. But you have to earn it. This was a massive moment for me. I want more opportunities.”