​Barcelona defender Samuel Umtiti has insisted that he does not want to leave the club, laughing off rumours that he could be sold to either Paris Saint-Germain or Arsenal.

The Frenchman was tipped to be involved in Barcelona's player-plus-cash deal for PSG's Neymar, whilst there was also talk of a permanent move to Arsenal before they recruited David Luiz from Chelsea. Speaking to ​Canal Football Club, Umtiti was adamant that there was no truth in the stories as he informed his agent to not even humour talk of a potential move away from Camp Nou.

Beginning with the suggestions of the move to PSG, he said: "Me? Part of an exchange? It's crazy anyway! It made me laugh. I don't even have an answer."

He then touched on the reports linking him with ​Arsenal, adding: “Honestly, I don't know where this rumour with Arsenal came from.

“Overnight, I received messages from my friends 'ah, so you are joining Arsenal?' I'm not, I'm sorry but I'm staying at ​Barcelona.

"Contacts with Arsenal? To be honest, I don't know if they had conversations with my agent, I just told him that I didn't care what was happening this summer and that it wasn't even necessary to talk to me about it.

“It was useless, I was going to have the same answer. My dream as a child is to play for Barcelona. Last season was the most difficult of my career, especially in terms of injuries.” 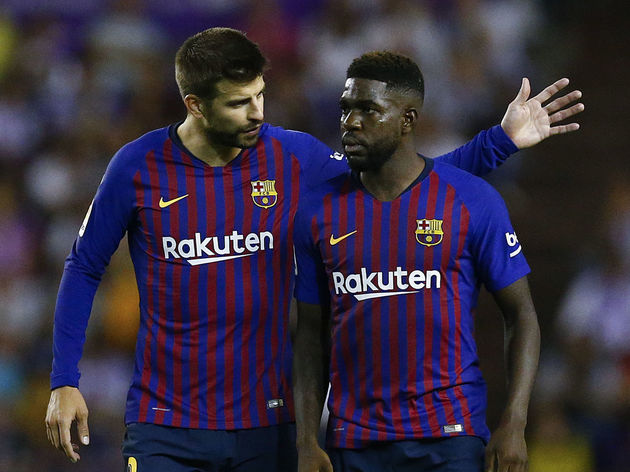 The Frenchman has struggled to regain his place in the Barcelona lineup after a series of injuries, and now looks set for another period on the sidelines after ​withdrawing from international duty with a foot injury.

However, despite his fitness concerns, Umtiti appears perfectly happy to remain at Camp Nou to fight for his place in the team.