It's been a tumultuous summer in Turin, with the Italian champions marking the start of the Maurizio Sarri era by overhauling the squad that won them eight consecutive league titles under Max Allegri.

Well, 'overhauling' is one way of putting it. 'Signing loads of players on huge salaries without really offloading anyone comparably substantial, and ending up with perhaps the biggest squad in history' is another.

Anyway, now the transfer window is ancient history and we can safely reflect on their transfer business without the fear of even more signings, let's have a look at who they have actually brought in, and assess them on their early performances (or lack thereof).

You have to feel for Ramsey really. From ​Juve's Champions League capitulation at the hands of Ajax to replacing Allegri with Sarri, it feels like a completely different club to the one he signed on for on a free back in February - either for better or worse.

Injury means he is yet to feature, but the stacked midfield ranks available to the Juve boss means it is difficult to envision how he fits in upon his imminent return to fitness. He has been named in their ​Champions League squad, unlike a couple of other high-profile names, however, so we should really wait until he's played a game before we call it a success or a failure. With Leonardo Spinazzola going the other way, the Roma left-back arrived for a fee in the region of €22m, after a season in which he mightily impressed at Cagliari.

He's been sent back to Cagliari on loan for the season, but it does seem as if the Serie A champions have been able to offload a player who had no real future at the club and replace him with an emerging talent who could easily go on to become one of Italy's top left backs. There is no obvious long-term alternative to Alex Sandro in the squad at present, so Pellegrini, with another season of first-team action under his belt, could well be that. Not a dissimilar situation to Ramsey in the slightest, but there were question marks raised about his signing when it was announced after the Welshman, given that more central midfielders seemed like the last thing they needed.

History of attitude problems aside, however, the French midfielder has undoubted ability, and on a free transfer, it was probably worth rolling the dice. He's only played half an hour of football in their opening two matches, coming on as a sub in the win over Parma, but given time to settle, it remains far from unlikely that he could establish himself as a starter. Gigi caught us all off-guard when he returned to Juve after a year in Paris, but it's as if he's never been gone.

It's likely he'll remain backup to Wojciech Szczesny for much of the season, but it's worth having him around if only for his character and leadership in the dressing room. A sensible option since an experienced alternative keeper was required. 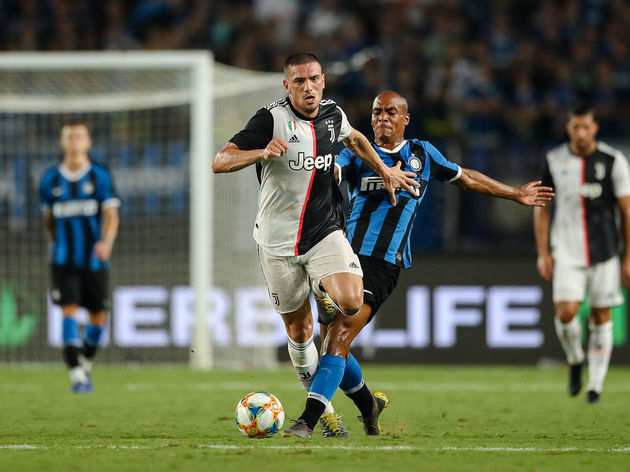 There was a lot of sense in Demiral's signing from Sassuolo. The 21-year-old had only been in Serie A for six months after arriving from Alanyaspor in January, but quickly made a name for himself as one of the division's most exciting defensive talents, playing every minute after his debut.

Assuming he's content not to feature to much in the short-term, there is a clear pathway for him into the first team, with Leonardo Bonucci and Georgio Chiellini - who is out until March with injury - both well into their 30s. Matthijs de Ligt and Daniele Rugani are the other central defensive options so he will have to prove himself, but he has the potential to do so.

Cristian Romero's (On loan to Genoa) game stats against Roma:

Another that makes sense as a long-term option, Juventus went in strong with a £23m outlay on the Argentine defender which suggests they see a clear future for him in Turin.

He's been loaned back to Genoa for the season, and we've seen so many of these types of deal result in three seasons out on loan before selling on for a marginal profit, so it's a long way from a given - but perhaps worth the risk should he build on an impressive debut season in ​Serie A. What can you say that hasn't already been said about this one? Regardless of a questionable performance against ​Napoli, there's a reason the baby goliath was the hottest property on the market in the summer. At just 20 years old he's one of a handful of generational talents on the footballing landscape at present and looks an absolute cert to go on and become the best defender in the world in the years ahead.

€80m, of course, carries an element of risk and his debut wasn't perfect, but Juventus wanted a young centre back to smooth the transition out of the Bonucci-Chiellini era, and they've invested heavily to land the absolute best. The sort of transfer business they need to be doing if they are to take the next step in Europe. ​Sarri made it clear from the off that Joao Cancelo had no part to play in his long-term plans, and opened his arms to Manchester City's renewed interest when they came calling towards the end of the window.

Though Danilo is some way from a world class replacement, to land him plus £60m for a player who was out of favour does represent pretty decent business. And that's underlined by the Brazilian's goal that kick-started a hectic debut against Napoli.