​Kalvin Phillips appears set to sign a new and improved five-year deal at Leeds in what will be viewed as a major boost to the Yorkshire side.

Phillips impressed several Premier League suitors with his performances over last season and Leeds had to fend off bids from Aston Villa and Burnley during the summer transfer window. 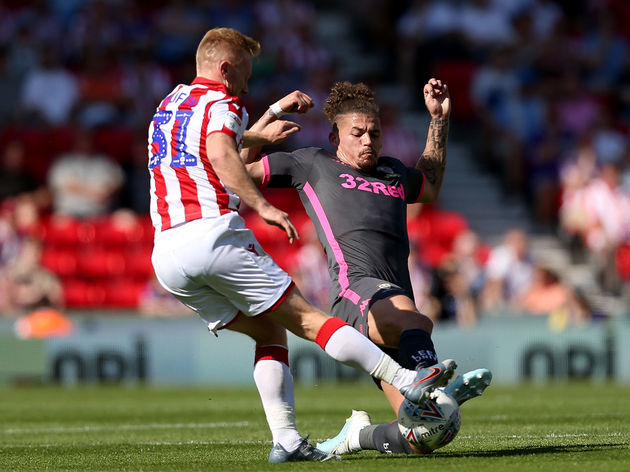 ​The Telegraph reports that the successful negotiations, set to be announced in the following days, will be viewed as a significant coup for the Argentine head coach who may have feared Phillips' future lay elsewhere after Aston Villa's £15m bid in June. However ​Leeds's owner, Andrea Radrizzani, stepped in and kept the academy product at the club.

Phillips has played in all six of Leeds's games so far and made appearances in 44 of 46 Championship games last season as United's elusive goal of promotion came apart in a second-leg play-off semi-final defeat against Derby County.

Big news for #lufc. Kalvin Phillips - a summer target for #avfc and others - is signing a new contract. Confirmation expected in the next few days. via @telegraph https://t.co/Y1paAZPZhh

They resume this season on Sunday with a trip to Barnsley having surrendered top spot in the Championship last week after loss to Swansea.