There have been a fair amount of positives and negatives to take from the opening four games of the new season, but where exactly do we stand on the newly promoted outfit?

All is revealed below... 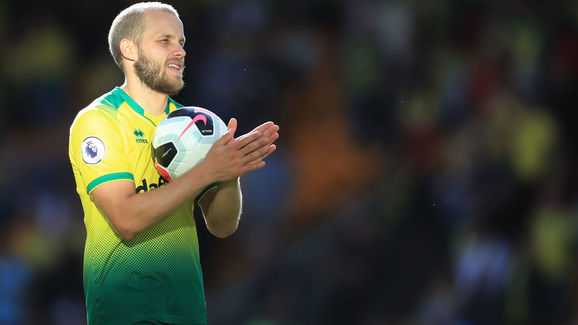 Despite good performances so far from Emiliano Buendia and Todd Cantwell, there has been only one stand-out player - the ​Premier League player of the month nominee Teemu Pukki.

The Finnish striker has had an electrifying start to the campaign with five goals in four games, a tally only bettered by ​Manchester City's Sergio Aguero. A brilliant hat-trick against ​Newcastle was the pinnacle of his performances, and he also managed to grab a nice goal against ​Liverpool.

His finishing has been exceptional and, if he can carry on scoring at a rate similar to this, he can help ​the Canaries stay up. If. 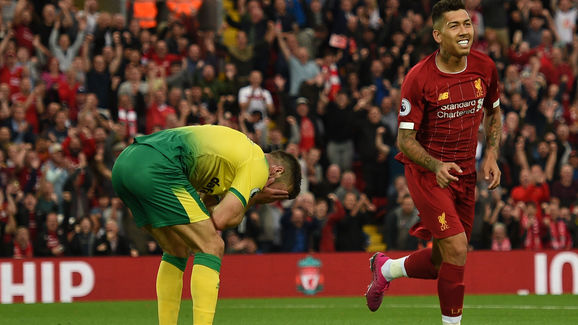 Norwich have not had a standout disappointing performer, but the award has to go to Scottish defender Grant Hanley.

The 27-year-old has played a major part in a defence that has conceded 10 goals, more than any other side in the league, and contributed to one of those when he steered home for Liverpool for the first goal of the Premier League season.

Hanley has been unable to help his side keep a clean sheet and – despite winning a lot of aerial duels – it is his positioning that has cost his side quite a few goals so far. Manager Farke will be hoping that better days are to come for Hanley in order to avoid a relegation dogfight. A scintillating win against Newcastle at Carrow Road has by far been Norwich's best performance of the campaign so far.

A Teemu Pukki hat-trick stole the headline but brilliant showings from Cantwell and Buendia should not go unnoticed, the pair creating chance after chance for the Finn.

A late consolation goal from Jonjo Shelvey meant that the Canaries were unable to keep their first clean sheet of the season, but a brilliant attacking display should give the home faithful a lot of hope for this season. 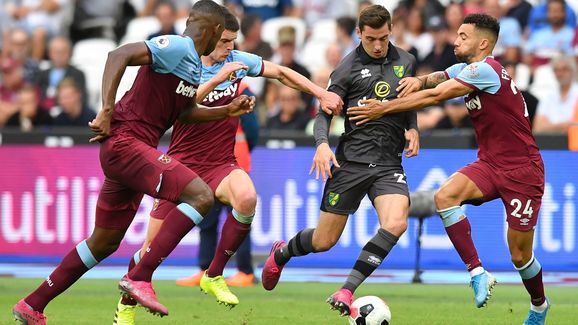 Despite conceding four and three goals to Liverpool and Chelsea respectively, the Canaries' worst performance came against West Ham when they lost 2-0 away from home.

The Hammers dominated proceedings and missed plenty of chances with Andriy Yarmolenko hitting the post, and both Sebastian Haller and Felipe Anderson squandering easy opportunities. Haller opened the scoring after great work from Arthur Masuaku before Yarmolenko scored a brilliant volley to seal the three points for Manuel Pellegrini's side.

Cantwell missed a gaping net from three yards but that was the only meaningful chance Farke's side created, as Buendia and Pukki struggled to make an impact. Defensively open, a lack of bite in attack led to a disappointing defeat and Farke will want a better performance in their upcoming fixture against reigning champions Manchester City. Youngster Todd Cantwell scored a well-worked team goal against Chelsea but this honour goes, of course, to Teemu Pukki who scored a brilliant volley against Newcastle.

The first of a brilliant hat-trick, this goal was the pick of the bunch. Left-back Marco Stieperman managed to keep the Norwich attack alive after their corner was defended well by the Magpies, and the ball was played out to Buendia.

His cross was flicked out by a Newcastle defender and it fell into the path of Pukki, who thumped a sensational volley past Martin Dubravka. The keeper somehow managed to get a hand on it, but was unable to stop it from flying into the back of the net. Credit has to be given to boss Daniel Farke, who has not shied away from the style of play which won Norwich the Championship title – and his side have been playing some excellent and exciting attacking football at times.

Despite this, their poor defensive structure has let them down massively, leading to three defeats from four games.