​On-loan Burnley midfielder Danny Drinkwater was reportedly attacked by six men outside a nightclub in Manchester.

The Premier League winner was on a night out in Manchester after being an unused substitute in Burnley's 3-0 defeat to Liverpool on 31 August. 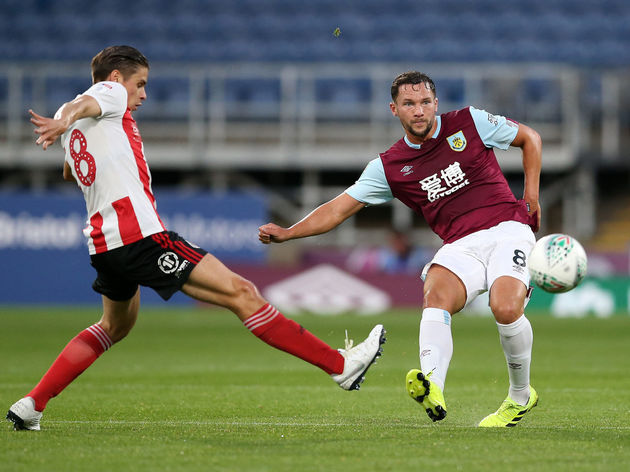 The midfielder had an altercation with a fellow player, who believed Drinkwater was trying to impress his girlfriend, according to an exclusive from ​The Sun.

Drinkwater was subsequently thrown out of the Manchester club, and was then attacked by six men who reportedly shouted 'break his legs.'

Danny Drinkwater was attacked by a gang of 6 men outside Manchester’s Chinawhite club after he attempted to chat up Scunthorpe United player Kgosi Ntlhe’s girlfriend.

He was curled up in a ball whilst the gang stamped on his ankles attempting to break his legs. pic.twitter.com/SkY6yu4hLV

The source is quoted as saying: “At one point he was curled up in a ball on the ground, as they repeatedly jumped up and down on his ankle and shouting, ‘Break his legs’.

“They knew he was a Premier League star and it was his livelihood. There was blood everywhere, and it was all incredibly nasty.”

The ​Chelsea midfielder is, according to the quotes attributed to the source, 'mortified' over his attempts at chatting up “Some other lads really started on him. After a series of verbal exchanges, they knocked him to the ground. He was then hit with an object about the face and body. They were raining blows on him and jumping on his ankle.

“Danny is absolutely mortified now and realises he can no longer put himself in a position where these incidents happen, regardless of who is at fault."

The report adds that the midfielder is concerned over the repercussions he'll face for the incident when he returns to loan club ​Burnley after the international break.