​Barcelona full back and Portugal international Nelson Semedo left the field on a stretcher during his side's 4-2 win over Serbia on Saturday evening, after he was on the receiving end of a nasty tackle by Roma defender Aleksandar Kolarov.

The 25-year-old looked to be in a great deal of pain and was substituted on 65 minutes, with what appeared to be a serious injury to his right ankle.

It was initially feared that the injury may keep the right back out of action for a considerable amount of time, and ​reports in Spain claimed that ​Barcelona were bracing themselves for the worst over Semedo's diagnosis.

However, concerns over the defender's fitness were soon eased, as ​Mundo Deportivo soon dispelled rumours of a long-term absence, claiming that the injury is not as bad as first thought.

In fact, Semedo may even train with his teammates on Sunday and could even be fit enough to face Lithuania in Portugal's next Euro 2020 qualifying match. 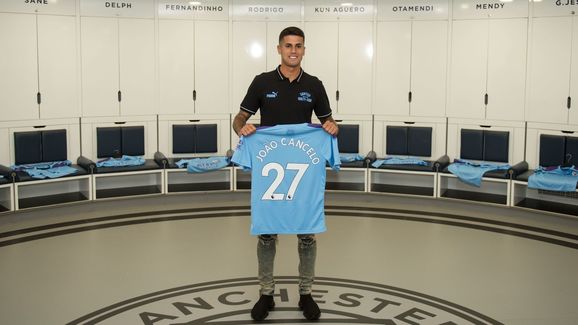 It's unlikely that manager Fernando Santos will risk playing the Barcelona man on Tuesday evening, and ​Manchester City's new signing Joao Cancelo will be waiting in the wings to fill the full back spot.

Portugal sit second in Group B, and they picked up their first win of the campaign against Serbia, thanks to goals from William Carvalho, Goncalo Guedes, ​Cristiano Ronaldo and ​Bernardo Silva.

Ukraine currently top the group, manager Andriy Shevchenko earning an impressive 13 points out of a possible 15, their most recent outing providing a 3-0 victory over bottom side Lithuania.