​Liverpool defender Virgil van Dijk has agreed a new contract to remain at Anfield until the summer of 2025.

The Dutchman has established himself as one of the finest defenders in the world in the last two seasons and Liverpool have been eager to reward his development with a new deal - despite his current contract not expiring until 2023. 90min learned during the summer that Van Dijk was ​set to pen a new deal which would see the Dutchman earn a huge pay rise, and now ​The ​Mirror have confirmed that all the details have now been agreed.

Having watched ​Manchester United spend heavily on ​Harry Maguire from ​Leicester City, Van Dijk's representatives pushed to see their client earn a fair wage which would be fitting of his elite status, and he is now set to take home close to £200,000 per week - a considerable increase from his current weekly pay of £125,000.

There was also apparent interest from Real Madrid, but Van Dijk is not currently interested in joining the La Liga giants, according to La Gazzetta dello Sport's ​Nicolo Schira.

His existing deal also includes plenty of performance-related bonuses, but ​Liverpool have now removed the majority of those to ensure that Van Dijk takes home £200,000 per week.

Van Dijk is latest first-team star to extend their contract at Anfield, with the likes of ​Mohamed Salah, ​Sadio Mane, ​Trent Alexander-Arnold and Alex Oxlade-Chamberlain all penning new deals in the last year. 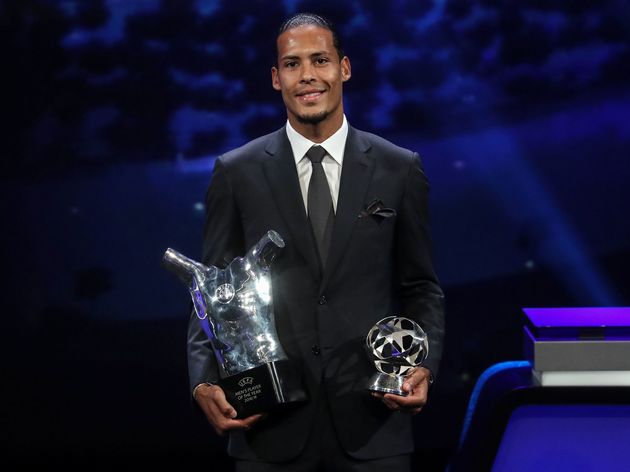 That reward was based on his impact for both Liverpool and the Netherlands. With his club, Van Dijk came close to lifting the Premier League title, but they did go on to win the ​Champions League, in what was a hugely impressive season for everyone at Liverpool.

He also helped the Netherlands to the first UEFA Nations League final this summer, and Liverpool were desperate to reward such an important player with an improved contract.