As we find ourselves well into the new Premier League season, we also come to the first stopping point for Sheffield United's return to the top flight.

After a 12-year absence from the Premier League, the Blades returned in decent style with one win and two draws from their opening four fixtures, putting them tenth in the league – higher than either of their fellow promoted sides Norwich City and Aston Villa.

Chris Wilder's side should be happy with their start to the season, as they have comfortably settled into life back in the Premier League. They have begun the season as they mean to continue, as they look to renew their top flight status for another season. 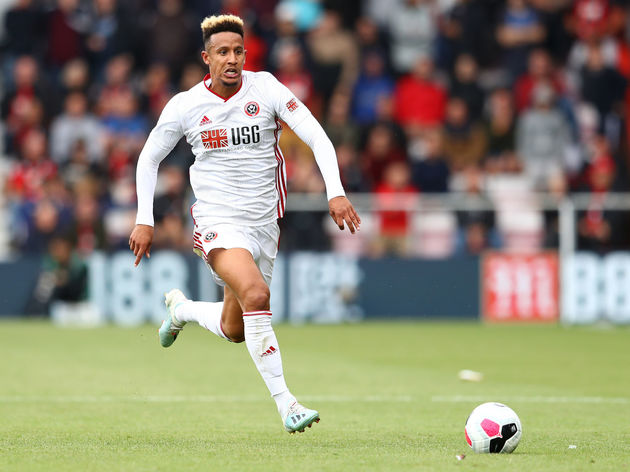 It's a tough call to single out just one star player for Sheffield United, with a number of players starting the season off well. Dean Henderson and Enda Stevens have been sold at the back, while Oliver McBurnie and Oliver Norwood have contributed well in attack.

However, Callum Robinson has kicked off the new season in excellent fashion, with his performance against ​Chelsea capping off a wonderful month. Robinson got a goal and an assist at Stamford Bridge, scoring his first ever Premier League goal in the process.

He has been in fantastic form so far, which was rewarded as he earned a call up to the Republic of Ireland national team. The Irish winger has impressed upon his arrival at Bramall Lane, and will be eager to continue the season in similar style ahead of a long, tough few months.

While it is hard to choose just one standout player for the Blades, it's even harder to identify the worst performer so far. Truthfully, no one has had a dreadful start to what has been a strong start to the campaign, and it seems cruel to single a player out.

He's been far from diabolical, but there have been times where John Egan has looked uncomfortable and uncertain at the back. A few defensive errors and being out of position have sometimes cost Sheffield United, and Egan is one of the main culprits of that.

He doesn't really deserve to be labelled as the worst performer of August, though there were definitely times where he should've done better. Egan will definitely prove to be a crucial part of United's team going forward, though he will need to quickly adapt to the top flight to do so. Scoring an 88th minute equaliser in their first game at ​Bournemouth and earning their first win back against ​Crystal Palace will certainly live long in the memories of Blades fans, but their best performance of August has to be their superb ​2-2 draw against Chelsea at Stamford Bridge.

While going 2-0 down inside the first half was a poor start to the game, Sheffield United showed incredible fight and desire to get back into the game. They worked extremely hard and came out of the blocks in the second half, making it 2-1 within 59 seconds of the restart.

The Blades' determination and grit was brilliant to see, and they deserved nothing less to draw level in the 89th minute. It was a wonderful moment and one that meant so much to the south Yorkshire club, shown by the away fans' ecstatic celebrations in the Shed End. 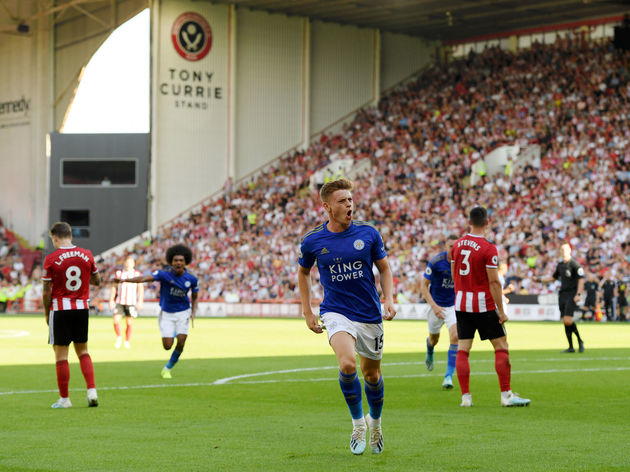 Again, it's hard to criticise the Blades on their first few games, but it was a bitter pill to swallow as they were handed their first and only defeat of the season at home to ​Leicester. Against an experienced and quality Foxes side, Sheffield United had a tough task on their hands.

Leicester's goals were both excellent, with an emphatic finish from Sheffield boy Jamie Vardy and a beautiful half-volley from Harvey Barnes. While overall it was Leicester's experience that the hosts couldn't cope with, they also struggled to keep up and neutralise the visitors.

The 2-1 loss was the narrowest of defeats at Bramall Lane, but a disappointing one as they fell to their first defeat of the season.

While they ended the day pointless in defeat, Sheffield United's only goal against Leicester was a nicely worked team goal. Billy Sharp held onto the ball on the edge of the Foxes' box and played it back to George Baldock on the edge as he realised he couldn't work a shot.

Baldock took the ball out wide, working a good angle to cross the ball and get it back into the box. He produced a delightful curling cross right into the danger zone, and Oliver McBurnie rose highest and headed it hard and low into the corner, giving Kasper Schmeichel no chance.

It was a superbly crafted goal, with Leicester not getting a single touch of the ball as the Blades produced some nice buildup play. The cross and the header were equally fantastic, sending the home fans into short-lived pandemonium as they drew level at Bramall Lane. Overall, it has been a very solid start for Sheffield United. They sit in the top half of the table, have only lost once and picked up a huge away point to one of the Premier League's big six. All in all, it is a pretty successful start for Chris Wilder's side.

Sheffield United will be aiming to build on their early form and make the most of their points so far, having now settled in upon promotion. If they can keep their form up for the rest of the season then survival will be guaranteed, though the Blades could certainly dream higher.