​England round off the international break with a home match versus Kosovo on Tuesday, their second Group A fixture in the space of three days.

A dominant performance at Wembley saw the Three Lions record a third successive triumph in Euro 2020 qualifying, Harry Kane and Raheem Sterling netting against Bulgaria to keep their side at the top of Group A. The Spurs man hit a hat-trick in a 4-0 victory, a result which leaves him and his strike partner on five goals apiece in the pool. Meanwhile, Kosovo upset the odds to earn a 2-1 win over the Czech Republic, the three points lifting Bernard Challandes' side up to second behind England and ensuring they kept their unbeaten status.

Here's our preview of the match-up.

Tickets for the game are, as ever, available on both teams' official national team websites, though membership is required in order to purchase. In terms of resale, both teams provide the option to make season tickets available for others to use, if a supporter is unable to attend the game themselves.

Aaron Wan-Bissaka pulled out of Gareth Southgate's squad prior to the victory over Bulgaria, the right-back returning to ​Manchester United to receive treatment for a back injury.

Red Devils teammate Jesse Lingard has also made his way back to the north-west. The midfielder was due to take part in Saturday's win before illness forced his withdrawal.

#ThreeLions midfielder @JesseLingard has returned to his club through illness.

The visitors have no injury concerns ahead of the meeting on the south coast, with neither side missing players through suspension.

This will be the first ever meeting between the nations, with FIFA only officially recognising Kosovo in January 2014 after years of campaigning from the Balkan country.

Prior to that, the world governing body had refused them permission to play friendlies against other registered countries. 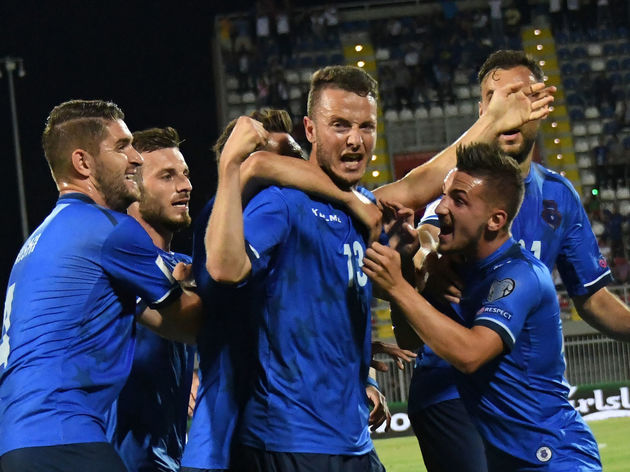 Admission to UEFA took another 20 months for the Dardanians to secure, making this their maiden European Championship qualifying campaign. Then i

Sterling and Kane are in marvellous goalscoring form for England, the ​Manchester City man grabbing seven in as many matches, whilst his ​Tottenham Hotspur counterpart continues his average of more than one every two games.

The team as a whole are looking fierce, too, with new players gelling well and a the system functioning smoothly. Jordan Henderson and Ross Barkley have been superb in the middle of the park, with the same true of Harry Maguire and Michael Keane at the back.

Unlike Bulgaria, Kosovo go into the clash with the Three Lions in high spirits after collecting eight points from their first four fixtures in the group.

The Czechs are no pushovers, making the Dardanians' victory yet more impressive. Though they know they are up against it on Tuesday night, Challandes and his men will harbour hopes of a shock triumph away to one of the world's top nations.

This match has home win written all over it. The Three Lions are flying once more after a testing summer and they have more prey in their sights. Kosovo are likely to be put up a better fight than Bulgaria, with the Baltic nation continually improving as they find their feet in international football.

Nevertheless, they lack the quality and experience of Southgate's men. With the forwards buzzing following the weekend's thrashing and the defence still standing firm, another comfortable win is on the cards.