Zlatan Ibrahimovic will headline the events building up to the clash with Sporting Kansas City on 15 September, whilst Cristian Pavon, Jonathan dos Santos and Romain Alessandrini will also be present. The evening is intended as a celebration of both teams' successes, though there will also be fundraising activities for Galaxy's official charity. 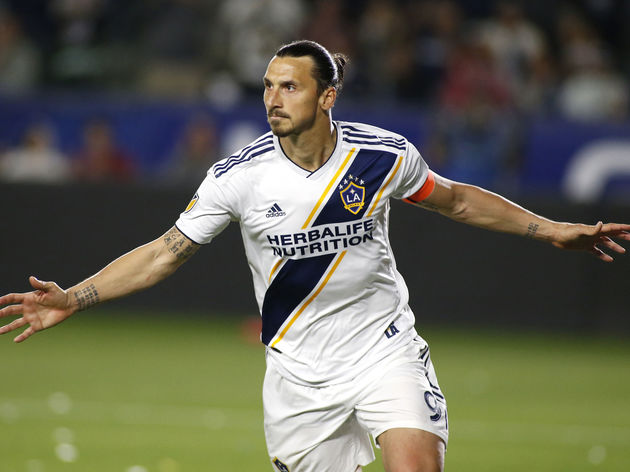 Seven-time NBA champion Robert Horry will be an honorary guest at Dignity Health Sports Park - the 49-year-old having spent six years with the Lakers during his career.

​Galaxy announced the event on their ​website, mentioning that crossover kits would be available on auction, whilst the first 10,000 fans to enter the stadium will get a Lakers x Galaxy phone wallet.

Ibrahimovic and co are currently tenth in the overall ​MLS standings, though they are just one point off of qualification for the end of season playoffs.

Opponents Sporting lay a mere two places behind them in the Western Conference after they defeated Houston Dynamo 1-0 on Sunday.

Later on that day, Zlatan's 45th goal in the MLS was not enough to save Galaxy as they went down in a thriller at Seattle Sounders.

After going 2-0 behind, Ibrahimovic popped up with a goal shortly after the hour to awaken the sleeping visitors, who soon levelled through Uriel Antuna. However, a madcap final quarter of an hour saw the Sounders win by the odd goal in seven.