There have been a fair amount of positives and few negatives to take from the opening four games of the new season, but where exactly do we stand on this up-and-coming West Ham outfit? Following the hectic summer transfer window, the signing of Sebastian Haller was viewed as one that could change ​the Irons fortunes for the better and the Frenchman has not disappointed.

The big-money man has hit the ground running under manager Manuel Pellegrini having scored three goals in as many games, with a brace against ​Watford being the highlight so far. His complete performances accompanied by his growing link-up play with creators Pablo Fornals and Manuel Lanzini have made West Ham an unbelievable threat going forward - as highlighted by their great start to the Premier League campaign.

In their crushing opening day 5-0 defeat to ​Manchester City, the 25-year-old was one of the bright spots as, in his first-ever ​Premier League outing, he managed to dominate Pep Guardiola's defenders for the first half an hour with his sheer strength and size as well as his fantastic first touch. With West Ham performing great at the start of the season, it is harsh to vote for the worst player as nobody has really stuck out like a sore thumb yet defender Ryan Fredericks has been a weak point for the side.

The right-back has featured in every game for the Hammers but his lack of quality has been evident throughout as teams have often scored through the wide areas of this West Ham team especially on Fredericks' side. The Englishman has been exposed quite often as he has been unable to showcase good positioning or an innate ability to tackle on a consistent basis and has not been able to compensate his poor defensive skills with great attacking output.

His poor defensive work has contributed to West Ham's poor overall defensive record since they are the only side in the top half to have negative goal difference so boss Pellegrini will have to make a more solid defensive system to mask Fredericks' obvious shortcomings. 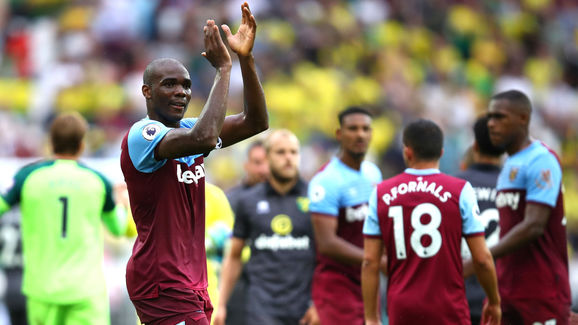 West Ham have had two good wins against Watford and ​Norwich but the latter was undoubtedly a better and more complete performance as Manuel Pellegrini's men strolled to a 2-0 home victory.

Brilliant goals from Andriy Yarmolenko and Haller gave the Hammers their first Premier League win at the London Stadium this campaign. West Ham should have scored more however as both goalscorers had glorious opportunities to improve the scoreline with Yarmoleno hitting the post and Haller missing an easy one on one.

Felipe Anderson, Arthur Massuaku and Manuel Lanzini all excelled as well in what was a complete performance as the Irons even reduced Norwich to limited goalscoring chances with Issa Diop frustrating in-form striker Teemu Pukki. There is only one candidate - Manchester City's 5-0 demolition in the opening day.

That being said there were some sloppy mistakes from Pellegrini's side, none more sloppy than Lukasz Fabianski's poor clearance which led to a penalty that was handily dispatched by Sergio Aguero late on.

It was a harsh reminder that West Ham still have a lot of work to do but encouraging signs were there to take away, despite being outplayed for virtually the whole fixture. That honour falls to Ukrainian winger Andriy Yarmolenko who scored a beautiful volley against Norwich.
The 29-year-old was wreaking havoc and, having hit the post earlier with a great strike, he was not to be denied again.
Mark Noble burst into the area and tried to find star striker Haller but his pass ricocheted off a defender and the ball sat up beautifully for Yarmolenko to volley it past the flailing Norwich keeper Tim Krul. It was a goal worthy to cap off a brilliant man-of-the-match display from the electrifying winger. 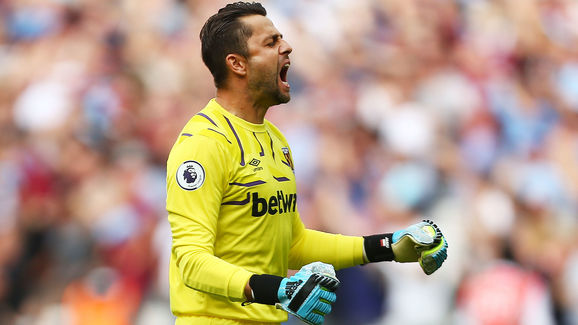 It has to be said, West Ham look in pretty good shape and can perhaps challenge for a Europa League spot.

Despite being defensively suspect, their firepower and arsenal in attack is something a top-six side could be proud of and will undoubtedly continue to excite the home faithful throughout the season.

Two convincing wins were sandwiched by a miserable loss to Manchester City, one which was to be expected to be fair, and a poor draw to Brighton away from home will leave West Ham fans more than satisfied.