​England forward Marcus Rashford has opened up on various issues surrounding his career at present, including how he uses international teammate Harry Kane as a benchmark and which of the duo is on Three Lions penalty duties.

One of Rashford's international predecessors, Michael Owen, recently questioned whether the Manchester United starlet had the motivation and desire to become a leading goalscorer for both club and country.

The 21-year-old was quick to counter such claims from the ex-Liverpool hitman. 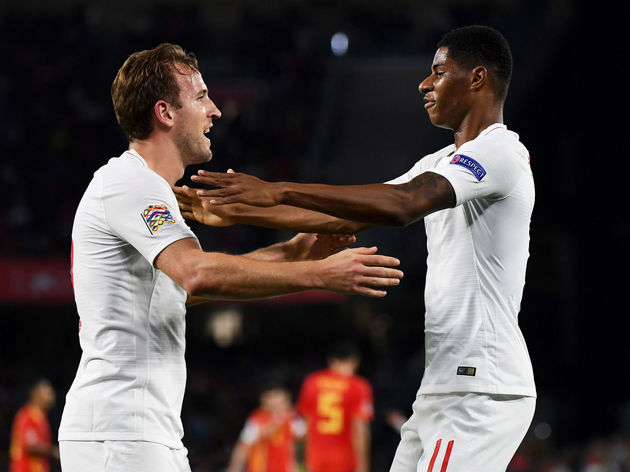 Speaking to the ​Telegraph, the youngster stated: "​[Kane]’s

​Rashford has collected four goals in his last seven England appearances and was asked how he feels when he fails to score in a match, to which he replied: "I

"When you play well and your team wins, of course you’re very happy. But, when you go home, you’re automatically looking back at the game and thinking, ‘Where could you have got your goals?'

“It’s the same for when you score and you know you’ve had other chances in the game, you’re looking [at] what went wrong and why didn’t you take the other chances." Nevertheless, the striker conceded that Kane has first pick for spot-kicks, despite Rashford winning the battle for penalty duties at ​United.