​Napoli forward Hirving Lozano has discussed how Cristiano Ronaldo approached him with words of encouragement following Juventus' 4-3 victory over I Partenopei last Saturday.

The Mexican was introduced after the break and made an immediate impact on debut, grabbing a second score for Carlo Ancelotti's side as they sought to claw back a three-goal deficit.

Giovanni Di Lorenzo completed the comeback in the final ten minutes, only for Kalidou Koulibaly's calamitous own-goal to hand I Bianconeri all three points. It was Lozano's first appearance in ​Serie A after a ​Napoli's

The loss leaves Ancelotti's recruits on three points from their two opening fixtures, whilst Juve are one of three sides still with a 100% record. Neighbours Torino and rivals Inter have also collected two wins from two. 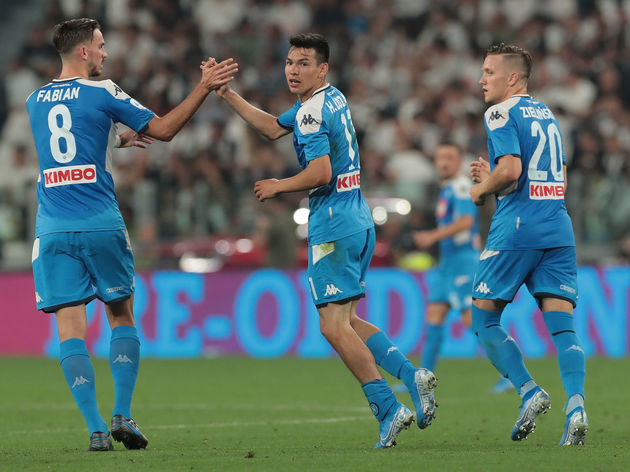 ​Manchester United were thought to be weighing up a move for the 24-year-old, yet a deal never materialised as the Red Devils looked elsewhere for attacking reinforcements.