​With the international break underway, we can sit back, relax and review the first month of Premier League action, with Everton under the spotlight in this episode.

The Toffees are currently positioned in sixth, having defeated both Watford and Wolves at Goodison Park, drawing and losing against Crystal Palace and Aston Villa respectively away from home.

Although they sit healthy in the table, Everton's results and performances have been mixed, especially considering the difficulty of their opening fixtures – or lack thereof.

Let's take a deeper look into how Everton's season is panning out so far. ​Everton have hardly been playing flowing football and not many of their players have greatly impressed. ​Richarlison was decisive in their last outing against Wolves but often goes missing, while ​Alex Iwobi has increased creativity tenfold but played his limited minutes.

In terms of consistency throughout, left-back Lucas Digne has begun the campaign as ​Everton's best player (again). Although he had struggles against Adama Traore (who doesn't?), Digne has otherwise been diligent defensively while providing a huge threat going forward.

The Frenchman already has two assists, the first an expert long pass to Bernard for the winning goal versus ​Watford, and the other a floating cross for Richarlison to head past Rui Patricio. 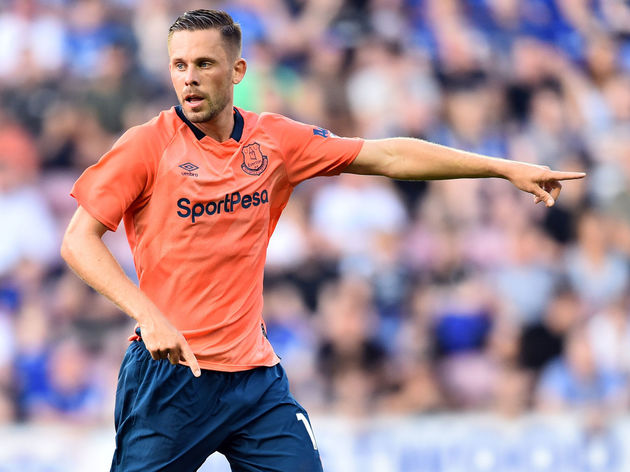 Although the likes of Morgan Schneiderlin and Dominic Calvert-Lewin are obvious picks for weakest links in the Everton side, a few of their automatic starters deserve highlighting for their timid displays as well.

While ​Andre Gomes and ​Seamus Coleman have been poor, Gylfi Sigurdsson stands out as a player who constantly gets away with below par performances. While 13 goals and six assists was a fantastic return for the Iceland international last season, this time around Sigurdsson has provided just one moment of quality - his assist for Iwobi - in four matches.

Otherwise, the 29-year-old has failed to impose himself on games, creating virtually nothing aside from set pieces and refusing to take opposition defenders on. 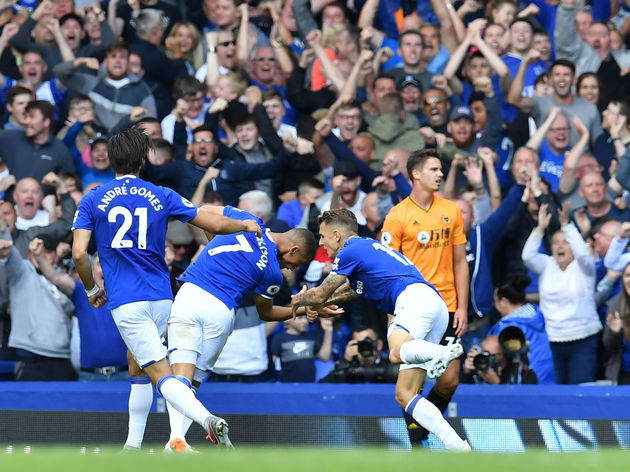 ​Having badly struggled for goals in their opening three games, Everton's 3-2 victory over fellow top six challengers ​Wolves has certainly been their most impressive display so far.

Having looked unadventurous prior to the clash, Everton seemed to focus less on keeping a clean sheet and more on outscoring their opponent, and were rewarded by trebling their season goal tally.

Iwobi scored his first goal for the club, while key players Richarlison and Sigurdsson got their first attacking returns of the season. All that was missing was a Moise Kean goal to wrap up a perfect afternoon for the Toffees. ​Everton's only loss was inflicted by ​Aston Villa, whose fans rallied behind the team to secure a surprise win against Marco Silva's men.

The Toffees had not yet started either of their summer signings Iwobi or Kean, instead deploying the less gifted Calvert-Lewin and Bernard. This, combined with a dreadful performance from midfield pairing Schneiderlin and Gomes, resulted in a disorganised mess, typified by Theo Walcott's missed sitter.

The defence didn't cover themselves in glory either, with ​Michael Keane perplexed by a well-timed yet straightforward run in behind from Wesley, who finished coolly past ​Jordan Pickford. While Iwobi's header was a nicely worked move, with a no-look pass from Richarlison finding Sigurdsson who picked out the Nigerian exquisitely, Bernard's winner against Watford pips it.

Digne played a fantastic long pass into space for the Brazilian to run on to. Sizing up the defender, the winger then feinted to finesse a curler into the top-right corner, instead cutting across the ball into the bottom left corner. Hmmm. A weird one, Everton.

​While they are sitting pretty in sixth,with a respectable seven points from four games, neither their team performances or individual player performances have felt particularly convincing.

In three games against relegation candidates Palace, Watford and Villa, the Toffees badly struggled to carve out clear chances. However, with Iwobi and Kean on the pitch against Wolves, they looked much more likely to score and should improve.

Overall, it's a mixed bag for Everton. Decent results combined with underwhelming performances.