Wanda Nara, the ever-controversial wife and agent of Mauro Icardi, has called the striker's loan move to Paris Saint-Germain on deadline day the worst possible option, for her at least.

Icardi initially clashed with Inter officials last season and, after a lengthy saga which saw him lose his place in the team to new signing Romelu Lukaku, the Argentine ultimately sealed a deadline day switch to PSG on loan.

Speaking to ​M​orfi, Nara insisted that joining PSG has made life incredibly difficult for their family, who must now split their time between Milan and Paris.

“But I thought of what was best for him. There were many important Italian clubs who wanted him and it would’ve been easier. 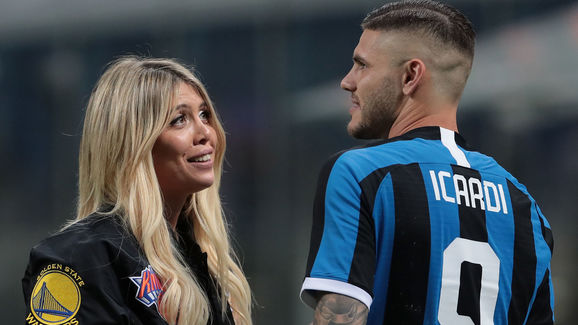 "I would like him to go to Boca. I can only imagine what a player can feel on that pitch. I am from River but I would not get in the way of such a move. I would love to go back to the country and hopefully see Icardi play there," Nara added.

"With Boca there was never anything formal [this summer]. Anyone who knows me knows that I am not looking for a commercial interest of my own. I do it for the love I have for Mauro."