​Henrikh Mhkitaryan has claimed that he is waiting until the end of the season to decide his future, having joined Roma on a season-long loan from Arsenal.

The former Manchester United player was largely a disappointment at Arsenal after moving to the Emirates Stadium in January 2018, scoring just nine times in 56 appearances. 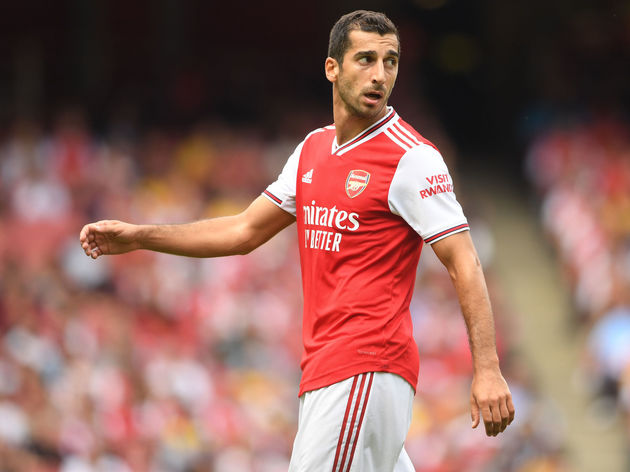 However, ​Mkhitaryan has not ruled out a return to the Gunners, insisting that his future remains unclear for now.

The Armenian told VBET News reporters, as relayed by the ​Mirror: "Let's first see what I can do in Roma and at the end of the season I think we can talk if I will have the possibility to stay or to go to something else, I don't know.

"Now, I cannot say about future, it's better to be focused on the next games. I'm ready to play in every position and I'm ready to help the team because the club is great.

"The team is a very good team and I'm going to try and do my best to help the team to achieve." Mkhitaryan previously ​revealed how he agreed to the loan due to a lack of playing time, explaining: "Everything happened in the last day right after the ​Tottenham game I got a call from my agent.

"He told me I have to fly to Rome the next day to have a medical with the team and also sign a contract. It is a great opportunity for me as I didn't get a lot of playing time."