La Liga leaders Atletico Madrid have become the latest club, after the likes of Juventus, Paris Saint-Germain and West Ham, to join Socios.com ahead of the app's launch later this season.

The Madrid giants are the first in Spain to link up with Socios.com – who describe themselves as a 'blockchain-based fan engagement and rewards platform'.

Inspired by the 'socios' membership model favoured by clubs like ​Atleti and their Spanish counterparts Real Madrid and ​FC Barcelona, Socios is a first-of-its-kind blockchain-based mobile app for sports and entertainment fans, offering fans influence over club decisions through Atletico Madrid Fan Tokens - digital assets that give fans the right to vote in certain club-delegated choices.

If you're more interested in the blockchain and cryptocurrency side of the deal, the details are on Socios' website – but from a football point of view, fans will get to influence decisions from all over the world at the club they love.

The Atlético de Madrid Fan Token will be priced at €2 and will be available exclusively through Socios.com in Autumn 2019 for the 19/20 season. Fan Tokens can also be hunted for free through the app's augmented-reality geo-location feature Token Hunt.

Atleti board member Clemente Villaverde said: “For Atlético de Madrid, it is a pleasure to join this technological platform that other great European clubs already use and that will allow us to engage and interact with our fans from all over the world in a very innovative way. We are a Club that is constantly committed to technological innovation and in this sense, we see it as very positive to join the Socios.com community.” 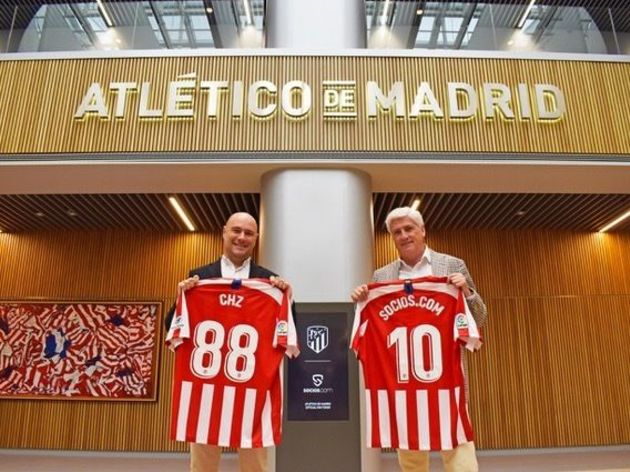 Socios CEO and founder Alexandre Dreyfus added: “Not only is Atlético de Madrid a giant of the footballing world, but they are very creative and forward-thinking with regard to technology and fan engagement, and that is what ultimately led us to want to partner with them.

"They already have a hugely passionate fanbase in Spain but joining Socios.com will enable the club to further reach, engage and reward a more global audience through innovative blockchain technology. By adding a club of such magnitude, we will grow our own potential user base to well over a billion sports fans, all of whom will be eventual cryptocurrency users."