The international break has given Nuno Espirito Santo and his Wolves side a much-needed ​rest, following a tiring start to the 2019/20 season that has seen them qualify for the group stages of the Europa League but struggle in the Premier League.

Wolves currently sit 17th in the league table after four matches, which is certainly not where they had hoped to be at this early stage. They were held to draws against Leicester, Manchester United and Burnley before losing to Everton - resulting in them having just the three measly points.

Santo's men have been stellar in Europe so far, but are struggling to pick up where they left off last term in the league. The question so far is, have the results really reciprocated the nature of their performances? 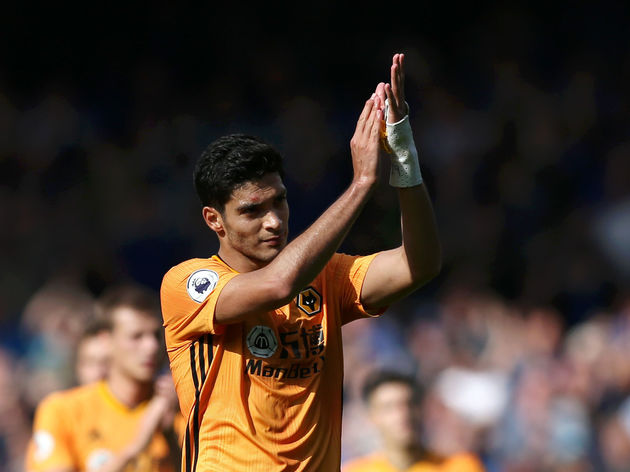 ​Wolves' best player so far this season is, undoubtedly, Mexican forward Raul Jimenez. The striker has terrorised defences and is scoring goals for fun.

While Joao Moutinho has continued to show his artistry on the ball, Jimenez's tireless work ethic and prowess in front of goal has seen him pick up this award.

He's proven that the club couldn't have made a better decision than to sign him permanently. The 28-year-old has bagged two goals in his first four matches this term and is looking a real menace. Not to mention, he also has six goals from six games in the Europa League this season... Over recent seasons, Wolves' defence has been stellar and almost impenetrable at points. The three central defenders were the leaders and they ensured Rui Patricio remained protected.

However, the tune has changed slightly.

Willy Boly was sent off in the last match against Everton, while Conor Coady was also at fault in that match. And although both have shown their weaknesses, it is Ryan Bennett who receives this accolade. Bennett has seen his place in the team come under pressure from on-loan Real Madrid defender Jesus Vallejo, who has impressed in Europa League matches.

The 29-year-old has been caught out of position on a number of occasions and, as a result, has had to concede countless fouls. To add to this, he has been culpable on a few occasions of gifting opportunities to the opposition - his tame header presented Ashley Barnes with the chance to fire home and give Burnley the lead against Wolves.

Bennett has set high standards for himself, and Santo will need him to return to those heights with the club hoping to move up the table and towards the European spots. Wolves are yet to put in a performance in the Premier League this season that we all have taken note of and can regard as the 'best' one. However, the second half display against ​Manchester United was impressive and fearless in equal measure.

The Red Devils went in at half time in the lead, but Nuno Espirito Santo was able to rally his troops and they came out firing. The tempo of the game changed with United An unexpectedly open affair at Goodison Park saw ​Everton run out 3-2 winners over Wolves in their most recent match. The visitors' performance was riddled with mistakes and they were uncharacteristically laborious both with and without the ball.

It didn't take the Toffees long to breach the defence, as Coady failed to communicate with Patricio, allowing Richarlison to fire home and give his side the lead. It was also poor defending once more that allowed Alex Iwobi to have a free header for their second goal. Further up the pitch, there was no fluency and Wolves only looked like scoring from a long throw - going to show the lack of creativity in this performance. We've grown used to seeing Neves fire in some outrageous goals from astonishing distances, and we were all treated to this once more in Wolves' draw with Man Utd.

As the ball came to him around 25 yards out, the crowd screamed 'SHOOOOT,' and the Portuguese obliged. He quickly shifted it on to his right foot and sent a curling shot into the top corner, clipping the underside of the bar on its way in. Not fantastic, in all honesty.

There has been plenty of strong showings within certain periods of matches, but they are yet to string together a complete performance that has deemed them worthy of claiming all three points.

The Europa League commitments have, of course, taken their toll but Nuno will need to find a way to get his side's Premier League campaign back on track.