Mount played under Lampard last season during a loan spell at Derby and made his senior Chelsea debut in the first game of the new 2019/20 campaign last month. 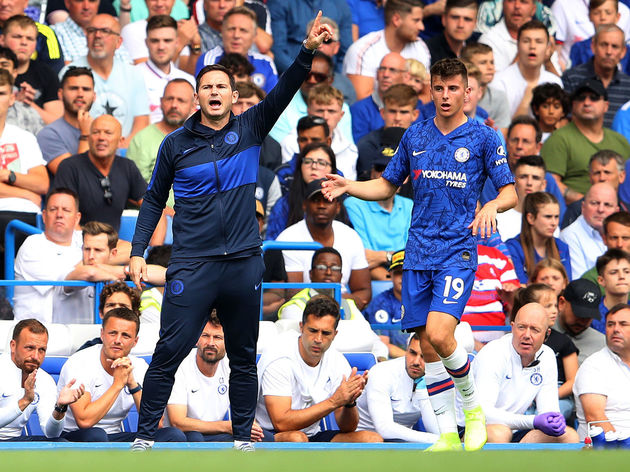 The 20-year-old has scored twice in his four Premier League appearances and has generally impressed to the point where he has been rewarded with an England call-up.

Despite being a midfielder, Lampard is famously Chelsea’s record goalscorer after netting 211 times in 648 appearances for the club, and Mount sees ‘no better person to learn from’ to help improve his own game, especially in front of goal.

“After training we do some finishing sometimes,” Mount is quoted as saying by Sky Sports.

“I’m obviously talking to him every day, especially after the games - what I can do better, where I can make the runs and where I can get into the box.

“I’m always speaking to him and trying to learn things every day, mostly after training doing finishing. There is no better person to learn from than him.”

Mount, who has played for England at multiple junior levels since the age of 16, is one of three uncapped players in the senior Three Lions squad alongside 22-year-old Leicester midfielder James Maddison and 26-year-old Aston Villa defender Tyrone Mings. He will be hoping to get on the pitch for his debut in either of this month’s Euro 2020 qualifiers against Bulgaria and Kosovo.

Chelsea are next back in action in the Premier League against Wolves on 14 September.