Pogba is under contract at Old Trafford until the summer of 2021, while the club retains a 12-month option on the deal that would extend it for a further season until June 2022. 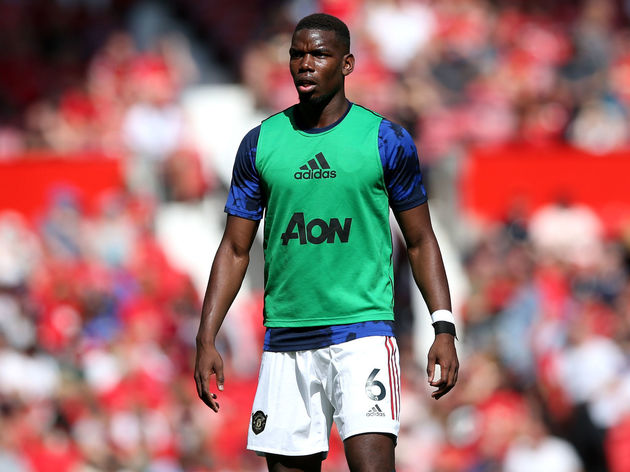 There had been rumours from Spain in August that Pogba might try to run down his existing terms in the hope of ultimately forcing a move to the Bernabeu.

United are understandably keen to secure the long-term future of a crucial player and information credited to L’Equipe alleges that executive vice-chairman Ed Woodward has got in touch with Raiola, who fuelled the exit talks earlier in the summer, to kick off proceedings.

Whether Pogba is prepared to commit his future to United remains to be seen. Despite making public comments in June expressing hope for a ‘new challenge’, the Frenchman has impressed with his attitude since the start of pre-season and behaving in a professional manner.

The last few weeks have seen older brother Mathias, who recently moved to Madrid to sign with fourth-tier Spanish club Manchego, twice speak to the local media about United and Real. He has once more appeared on El Chiringuito and has criticised United’s lack of quality. “Paul knows that he cannot leave Manchester United so he’s going to focus on this season,” 28-year-old Mathias explained to the Spanish broadcaster.

“It’s not easy right now, because he has a lot of responsibility in the team. A lot of big players have left. The only great player is [David] de Gea, the goalkeeper, which means he’s going to have to put a lot of effort in every game.”

It has been recently rumoured that Real were never in serious pursuit of Pogba this summer and the transfer saga was more of a public charade for the sake of appeasing coach Zinedine Zidane, who has long been a keen admirer of his fellow countryman. Real had already spent around €300m on new players and failed to offload the likes of Gareth Bale and James Rodriguez to raise more funds and free up space. The only rumoured bid for Pogba was a ‘derisory’ proposal of €30m plus James.