​Tottenham have turned their attentions towards another Fulham starlet, this time the brother of Ryan Sessesgnon, Steven, after signing the former on a deadline day deal from the Cottagers.

Sessegnon was brought to north London on a £25m deal, putting an end to months of interest in the versatile winger after catching Spurs' eye with some fine performances at Craven Cottage.

Not the result we were looking for going into the game but a point taken away from home against a difficult team.
Now looking forward to meeting up with the U21s this weekgbeng pic.twitter.com/n70iX07Bjk

In seeking to secure a deal for the 19-year-old, ​Tottenham also tried to sign his twin brother over the summer, as they offered an extra £3m in a bid to bring the right-back to club alongside his sibling. That offer was deemed unsatisfactory by Fulham, who rejected the move and managed to keep hold of one half of the Sessegnon duo.

Despite being rebuffed in their attempts, ​The Sun are claiming that Spurs' interest remains and another attempt to lure the talented youngster across London is likely to arrive in due course.

Steven Sessegnon has started four of the Cottagers' six Championship matches this season, as the club aim for an immediate return to the ​Premier League following their swift relegation back to the second tier last season.

He has shown excellent form thus far, earning himself 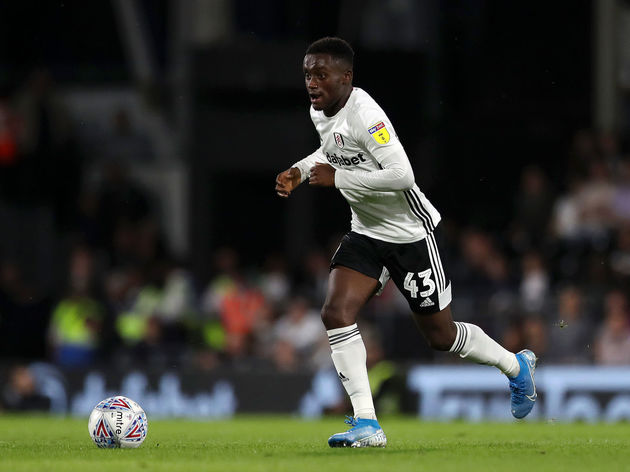 Right-back has been a problem area for Spurs this season, with Kyle Walker-Peters the only recognised player in the squad to fulfil that role - but he has struggled with form since the season began. ​Kieran Trippier was sold over the summer, but never replaced, leaving Mauricio Pochettino light in that department.

Versatility is another trait of Sessegnon's, as the 19-year-old is capable of also filling in a centre back, along with slotting in at midfield, facets which could convince Pochettino to make another move in the January window.​