That's not news in itself, but the latest attack on Jon Walters from the former Republic of Ireland assistant manager has elongated an already existing feud to ​the point of requiring explanation.

Working under Martin O'Neill, Keane had established a fairly successful partnership that guided the Republic of Ireland to the A series of poor outings were placed further into the spotlight when it emerged that Keane was embroiled in heated arguments with Irish trio Harry Arter, Stephen Ward and the aforementioned Walters. This wasn't the first time Keane and the latter had come to blows, however. During their respective days at Ipswich Town the two had fallen out, yet it seemed as if that was put to bed for international duty.

It clearly hadn't, though. A ​WhatsApp voice message was recorded by Ward, who went into detail about a foulmouthed spat between Keane and his players. What transpired was discontent among the trio on Keane's training methods, after taking some time off to relax after successive days of training.

Keane was upset with their lack of endeavour, going on a rant and labelling them as lazy footballers. He was clearly more enraged with Walters, with the pair eventually coming to blows and being forced apart, which is where this argument has evolved from. Since then, Keane has recently come out with new comments on the former Stoke forward, at

"He talks a good game," Keane said of Walters, via the ​Telegraph.

There was also time to dig out the other two members of the party, with the former ​Manchester United midfielder not holding back in his attack of the players. 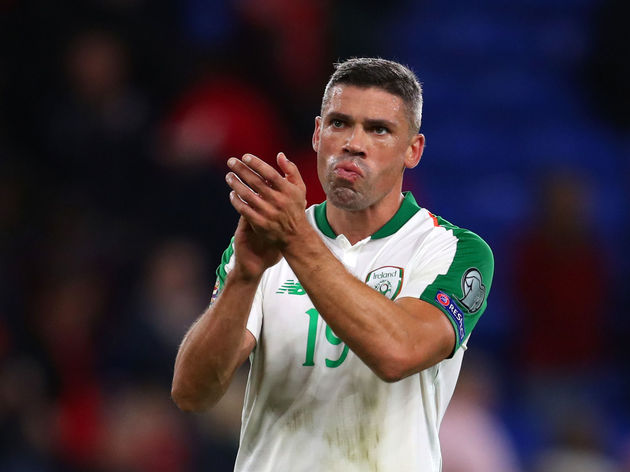 Keane also referenced the way in which the falling out made its way into the national news, claiming ongoings between players and management staff should be kept internal, regardless of what went on.

"Brian Clough. You're on about motivation. He punched me one time. He was upset. It was heated. He punched me. I remember thinking 'You're still a brilliant manager'," he added. Given​ the heated nature of the spat, it appears as if this won't be the end. What is likely to occur is a rebuttal of sorts from Walters, although there is also the chance that the retired forward may seek to distance himself from the feud.

What is certain, however, is that Keane is someone to hold a grudge, and this may very well not be the last we hear of this.