​Tipped by many to be the side to break into the top six, Leicester have enjoyed a superb start to this season's Premier League and head into the international break in good spirits.

Sitting pretty in third, Brendan Rodgers oversaw successive draws in their opening two clashes with Wolves and Chelsea before securing back-to-back wins with victories over Sheffield United and Bournemouth.

In his first full season in charge, the former Liverpool boss is beginning to stamp his authority on a Leicester team who look more than capable of going toe-to-toe with the best in the division following their unbeaten start to the 2019/20 campaign. Can that be sustained over the course of the coming months, and are the former ​Premier League champions set for another superb season?

All is revealed below... It's hard to choose any one player who is flying the flag for ​Leicester at the moment, with players in each position fulfilling their roles efficiently in the first four matches.

All that said, however, ​Jamie Vardy continues to prove his value for the Foxes with three goals and an assist already in the bag. His importance to the side is paramount, with his electric speed and relentless work-rate such a valuable asset to Rodgers. Moreover, he scores goals. And lots of them.

Since the start of the 2014/15 campaign, he's bagged 83 goals in the Premier League, a tally topped by only Sergio Agüero (118) and Harry Kane (124). Furthermore, and more importantly, under Rodgers' tutelage Vardy has netted 12 goals and registered two assists in the 14 matches since he took the reins. 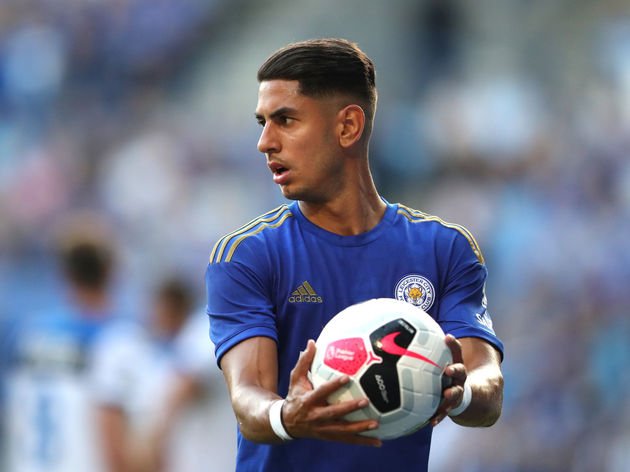 ​Ayoze Perez's £30m move from ​Newcastle flew under the radar somewhat, as the forward swapped the Magpies' turmoil for the Foxes' ambition. Unfortunately though, after starting in the opening day stalemate with Wolves, he hasn't manage to assert himself as he would have wished.

Netting 12 goals and notching two assists in the north east last season, Perez became hot property in Premier League terms, with a number of sides eyeing a deal for the Spanish forward. It was Leicester who shelled out the big money to bring him to the King Power Stadium, but he has struggled to adapt to the different style of football he's been thrust into.

He started all three of the club's opening fixtures, but was substituted in each of them after failing to make an impression. Finally, he was dropped for the victory over ​Bournemouth, failing to make it off the bench as the Foxes ran out 3-1 winners. It will require an upturn in form to see him reinstated into the starting XI, with Harvey Barnes now ahead of him in the pecking order. 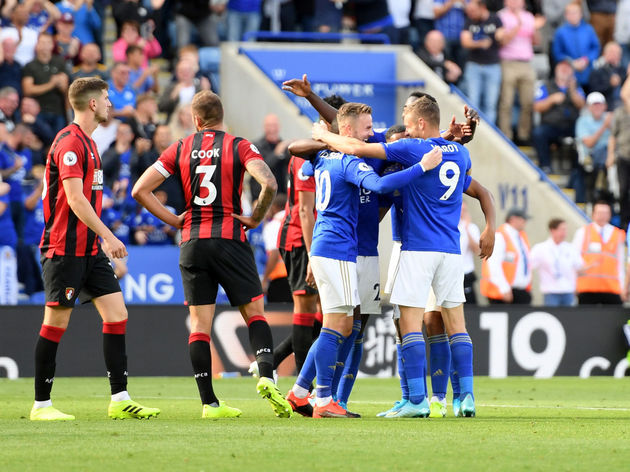 This is a tough one to call. While naturally the logical thing to do would be to point to the club's two victories, the performance over ​Chelsea at Stamford Bridge was a real showcase of the club's ability to play without fear against some of the bigger sides in the division.

A strong opening from the Blues subsided after 25 minutes, as the Foxes began to assert themselves in the game. Wilfred Ndidi's unfortunate error gifted the hosts the lead, but a rip-roaring response from Leicester should have seen them emerge winners - with James Maddison's miss likely still haunting the Englishman.

That said, the victory over the Cherries was one of professionalism and effectiveness. Leicester are easy on the eye with the ball, but they know their strengths, and Vardy's stunning 25 yard lob epitomised the approach they adopted that secured them their magnificent Premier League title in 2016. It would have to go down as the opening clash with ​Wolves. Only one shot on target fell the way of Rodgers' side, and that didn't come until the 83rd minute. It seemed as if both sides were cancelling each other out for large parts, but the Foxes could count themselves lucky not to lose their curtain raiser as a lengthy VAR review ruled out Leander Dendoncker's goal early in the second half.

Certainly not a vintage display, but it's normal for sides to need some bedding-in time, and a point against a fellow top seven rival is nothing to be scoffed at. When you consider a 0-0 draw with Wolves was their worst performance of the first month, then things much surely be fairly rosy in the Midlands.

While not a classic by any stretch of the imagination, Another category that could go either way, Leicester fans have been treated to a couple of excellent strikes already this season. The most recent was Vardy's beautifully crafted chip over Aaron Ramsdale in the home victory over Bournemouth, which was vintage Vardy. Ben Chilwell's long ball over the top for the 32-year-old was excellent, but Vardy's run was timed so meticulously he could allow the ball to bounce once before his sublime chip sent the home side into ecstasy.

However, wonderful lobs aside, Harvey Barnes' thunderous half volley to snatch the points at Sheffield United was something special. He timed the effort wonderfully, as it dropped from the sky before he struck the ball so cleanly and so unbelievably hard it almost crossed into a new dimension.

Söyüncü couldn't connect cleanly with Christian Fuchs' left wing cross, with the ball headed backwards to Barnes who produced an effort straight out of the top drawer to put his side in front and eventually seal three points. Unbeaten, two goals conceded in four and third in the table. There is precious little more that Leicester fans could ask of their side at present.

Having overcome their opening day struggle​s, the club have since kicked on and put in three great performances that should have wielded another two points. Instead, they will look back over the international break with confident emotions that this is a run they can sustain.

A side brimming with attacking flair, but coupled with defensive astuteness, is one to be feared. Rodgers is crafting a group of players that have ticked all the right boxes thus far, with competition fierce throughout the side.

They'll be fully confident of securing a top six place this season, and what better way to lay down a marker than heading to Old Trafford to face Manchester United after the internationals are over?