Spurs came close to signing the 25-year-old attacker this summer before a move eventually collapsed, partially due to image rights and salary demands.

A proposed move to Paris Saint Germain also failed to materialise for Dybala, meaning he remains unhappily at Juventus, who look set to use him as a substitute for the majority of the season. Now, according to the ​Daily Star, Spur have been given a lifeline in the pursuit of Dybala, as they are set to be 'offered' the forward once again in January. Dybala, who still has three years left on his contract, scored 22 goals in Serie A during the 2017/18 season but struggled last term, only netting five times as he played second fiddle to Cristiano Ronaldo. So far this term, he has been restricted to just 14 minutes in the league, but this could be due to fitness after he returned to the squad late after his involvement in the Copa America this summer.

He has however, been included in ​Juventus Champions League squad, which could be seen as a dent to Spurs chances of signing him in January, but if the attacker does not get minutes in the league a move still could occur. Also, players can no longer be cup-tied in Europe, meaning if Spurs march through their group, they could lure him with Champions League football.

According to the ​Daily Star, the Lilywhites could use midfielder Christian Eriksen, who is seemingly wanting a move away from White Hart Lane, as bait in part of a potential deal. 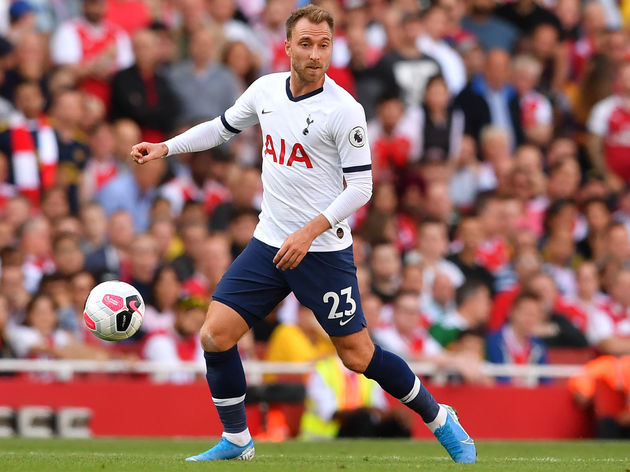 If Juventus were to make a move for Eriksen in January, ​Spurs could negotiate a deal which involved £65m rated Dybala move in the opposite direction to London. However, Juventus could wait until the summer and sign Eriksen for free, which may put a spanner in the works.