​Juventus will look to sell Emre Can and Mario Mandzukic when the transfer window reopens in January after the pair were left out of Maurizio Sarri's squad for the Champions League.

Both players were heavily linked with a move away from Turin during the summer, though neither managed to seal a switch elsewhere. The Croat is happy to wait for the right deal to materialise, though his German teammate is furious with Juve following the news that he wouldn't be involved in their European Cup campaign. Explaining his current situation, Can stated (as quoted by ​Goal): "I cannot explain [being excluded from the squad], nobody has given me a reason until now.

"Me and my agent had talks with other clubs, Paris [Saint-Germain] as well. After discussions with ​Juventus, we decided to stay with the club.

"A condition was to play in the ​Champions League, and that was what I was promised. Yesterday it was said - one day after the transfer period ended - that I'm not in. It just makes me angry how they've dealt with me."

The ex-​Liverpool midfielder isn't the only one at the Allianz Stadium left frustrated with the outcome, as manager Sarri is likewise disappointed that he is still a Juve player, according to the ​Daily Mail. 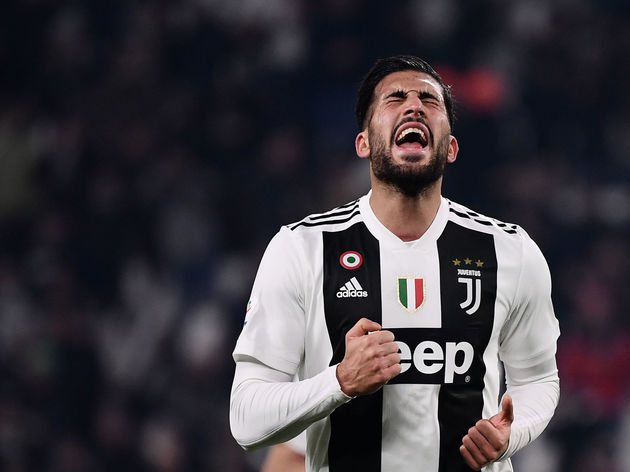 After arriving from ​Chelsea over the off-season, the 60-year-old made it clear to sporting director Fabio Paratici that Can was not in his first-team plans, yet nothing was done to resolve the issue.

Mandzukic, however, isn't too upset about staying in northern Italy for now. The opportunity to leave arose several times in the summer, but he wanted to make sure the move was in his best interests as he enters the twilight of his career.

The ​Mirror claim ​West Ham United are keen on bringing him to England, a transfer which would suit the forward given the lack of attacking options at the London Stadium at present.