Sign Them Up: 9 High Profile Free Agents Who Are On the Lookout for a New Club

The summer transfer window has now shut across Europe, but that does't necessarily mean that there aren't a number of players who are still on the lookout for a fresh start.

There are plenty of unemployed players who are looking to get back into the game - they just need to find a club to play for first.

Here's a list of nine high profile free agents who are still available on the market. The former ​Juventus man left his boyhood club in 2018 after a incredibly successful 13-year spell, signing for Zenit on a free transfer.

Unfortunately, the move didn't exactly go to plan as the Italian was only able to make 15 appearances before a knee injury brought his season to a premature end. Having only signed a one year deal with the Russian champions, he was released in July and is yet to secure himself a new club.

He's still only 33 so, as long as he can fully recover from his injury, he still has plenty to offer. A key member of ​Leicester's 2016 Premier League winning side, Shinji Okazaki was far from prolific during his time with the Foxes, but his infectious work rate made him a cult hero at the King Power Stadium.

He was released in the summer and, unlike everyone else on this list, did actually manage to secure himself a new club for the 2019/20 campaign - only to be released without making an appearance.

Malaga snapped him up, but the Japanese striker was released shortly before the end of the summer transfer window as the Spanish outfit weren't able to keep their wage bill down. You never know exactly what you are going to get with Hatem Ben Afra. A supremely talented attacking midfielder who is capable of pulling off the unthinkable, the Frenchman's attitude has often left a lot to be desired.

Following a miserable spell at Paris Saint-Germain, Ben Arfa joined Rennes last season and enjoyed a reasonable time on the south coast of France, helping the club to a surprise French Cup win.

The former ​Newcastle man has claimed to have received plenty of offers this summer but, in his own words (via the ​Daily Mail): " Ignazio Abate made over 300 appearances for ​Milan, but he was deemed surplus to requirements in the Italian capital and was released as a free agent.

The right-back was used much more sparingly during the 2018/19 season as Milan sought to provide opportunities to Davide Calabria and Andrea Conti, but he did demonstrate his versatility by filling in at central defence during Milan's injury significant injury crisis.

The Italian has plenty of experience at the highest level, so he could be a decent option for any side looking to bolster their defensive options. Released alongside Okazaki, Simpson is another former Premier League winner who is on the lookout for a new club.

The right-back was pushed out of the starting XI at Leicester by Ricardo Pereira, which meant that he was only able to make 13 appearances in all competitions. The former Manchester United right-back has admitted that there was an option to extend his stay at Leicester, but he decided to leave in search of regular first team football.

French side Amiens are the most recently linked side, but there has been no concrete evidence to suggest that Simpson will be crossing the channel just yet. A solid if unspectacular performer for ​Crystal Palace and ​Aston Villa, Mile Jedinak has been without a club since his contract with the latter ran its course this summer.

He was utilised as a central defender more often than not last season, demonstrating his versatility, and it's rather surprising to see that no Championship clubs have been able to snap him up.

The Australian recently turned 35, so he is only likely to sign a one-year deal if he does end up securing a move in the next few months. 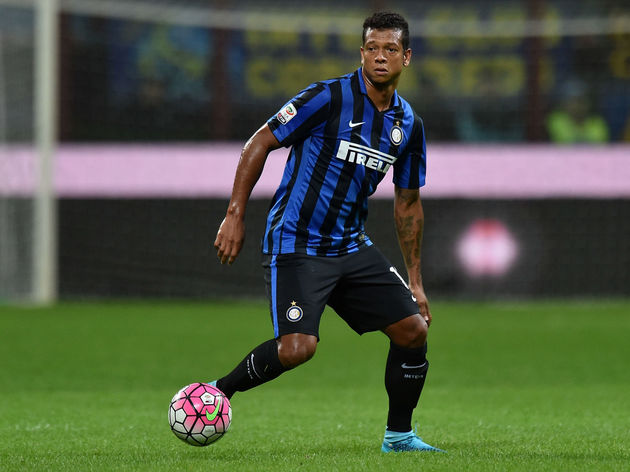 In hindsight, Fredy Guarin's decision to join the Chinese Super League was a poor one. The Colombia left ​Inter for A one-club man who made over 500 appearances for Athletic Bilbao, Markel Susaeta was unable to fulfil his desire of finishing his career with the Basque club.

The Spanish winger forged a decent reputation for himself in La Liga as a hard-working winger with a killer final ball, so it's a surprise to see that he is still on the free agents list.

That could be explained by the fact he is said to be hesitant of moving to another Spanish club. ​Mundo Deportivo have recently reported that he could be on his way over to play in Japan, but no specific clubs have been named. Fabio Coentrao was never able to live up to the significant hype that surrounded him when he first joined ​Real Madrid, but he still made over 100 appearances for Los Blancos - as well as 52 for Portugal.

His fall from grace has been rather painful to watch with Rio Ave being the latest side to cast him off, but he's not planning to sign for the first team that offers him a contract. Greek outfit PAOK were set to tie him down to a two-year deal, only for the 31-year to cancel the deal at the last moment.

Speaking about what his next steps may be, Coentrao told Record (via ​AS): "My future begins with what I am doing. Train and keep fit to be ready to accept a new project. Let's see what is presented."