For a while, it seemed pretty much inevitable that Neymar would escape from Paris like Liam Nesson at the end of Taken.

However, the unstoppable force of the Brazilian's desire to leave failed to shift the immovable forces of Paris Saint-Germain's reluctance to sell and Barcelona's embarrassing lack of funds.

The saga became the sideshow of the summer but ended with an unsatisfying cliffhanger as the transfer deadline passed on Monday 2 September with Neymar still a PSG player. 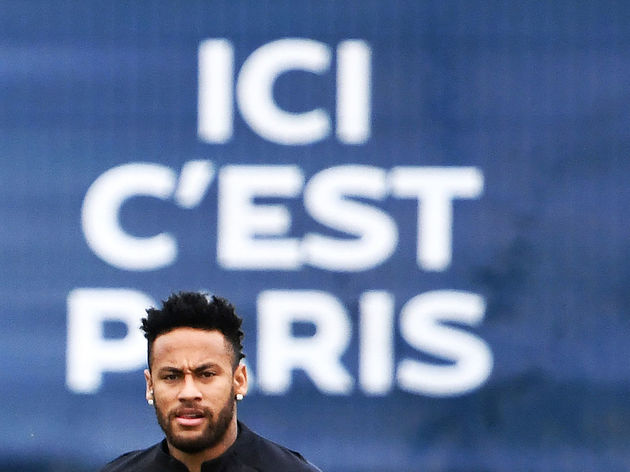 There seems to be almost no possibility that ​Neymar will make peace with PSG's QSI ownership, which stood firm to prevent their key asset in their (so far doomed) pursuit of European glory from pushing through the ultimate show of 'player power' to return to Catalonia.

New sporting director Leonardo - who has seemingly done nothing to attempt to appease the sulking Neymar - ​said back in July: “It is a financial question. Neymar can leave PSG if there is an offer which suits everyone. But up to now, we do not know if anyone wants to buy him, or at what price. PSG want to count on players who want to be here and build something big. We do not need players who are doing a favour to the club by being here.”

Leonardo later revealed that ​Barça only submitted their first written offer on 27 August, and were never able to come close to what PSG wanted. So now, for a minimum of six months, the two seething parties must attempt to find some way to return to normal - or at least the public perception of normal.

However, it seems unlikely that PSG will allow the 27-year-old to rot ​with solo training and no first-team action until his contract ends, as previously suggested.

Nobody is winning from the current situation and the clear solution seems a Neymar sale next summer, if not in January.

​One report claims that PSG stars chanted 'se queda' (the infamous caption of Gerard Pique's tweet with Neymar back in 2017) upon the news that there would be no transfer this window.

An anonymous PSG player to RMC on Neymar telling the squad on Saturday afternoon he was staying:

"It was a relief. It's important for the project & above all prevents us from strengthening Barça. Better to play with a Neymar who's a bit sad, than against a Neymar in top form."

As identified by ​Mundo Deportivo there is a FIFA loophole that could allow Neymar to leave what they call his 'golden prison' at the end of the 2019/20 season.

The amount of this compensation is calculated by FIFA's own formula. According to the report, Neymar agents have already consulted the game's governing body and understand that for an amount close to €170m, it is possible to 'buy his freedom'.

For PSG, time will tell whether the saga helps shape the future recruitment policy of PSG in their quest for European dominance. Barcelona supposedly offered as many as seven different first-team players throughout the summer as makeweights to sweeten the deal without fronting up cash (which was never an option after spending big on Antoine Griezmann and Frenkie de Jong).

Samuel Umtiti, Ivan Rakitic, Ousmane Dembele, Arthur Melo, Jean-Claud Todibo and Nelson Semedo were all supposedly put up (against their will) to facilitate the return of Barcelona’s prodigal son. None of them gave their consent to be part of the deal.

How those less-than-magnificent seven simply return to training now as if nothing happened is really anybody's guess.

It's hard to imagine players like Dembele, whose attitude and professionalism has frequently been questioned during his spell at Camp Nou is going to feel extra motivated by the failed (and very public) attempts to shift him against his will. ​Marca already hint at a dressing room split between those who were disappointed not to see Neymar return and those upset at the club's attempts to use them in order to bring the Brazilian back.

In the former camp (which apparently includes ​Lionel Messi and Luis Suarez), it's reported that some are convinced that the board's pursuit of Neymar was mere lip service to keep them happy and ​there was never a genuine possibility of the forward's return this summer.

Unsettling seven players seems an odd way to keep morale up in the squad. Crucially, that's odd but not necessarily unlikely when the politics of Barcelona, Lionel Messi and big-money transfers come into play.

Interestingly, the fabled 'MSN' trio still have a WhatsApp group together, in which they discussed Neymar's proposed return this summer, according to Suarez. There seems almost no doubt that Barça will return for Neymar, with all parties beyond the point of no return in this increasingly tawdry tale.

Catalan daily ​SPORT has already published a five-point plan for how 'Operacion Neymar' succeeds in 2020. This includes: negotiating with Barcelona only, accepting a salary reduction and even the possibility of Neymar fronting money himself to pay off PSG to move (something which was also mooted as deadline day approached on Monday).

Like with Griezmann, it seems inevitable that Barça will eventually get their man unless something drastic changes at board level.

But at what cost?

The unsettled squad members, such as Rakitic, Semedo and Dembele, may eventually be moved on or reintegrated without fuss but Barcelona have shown a cavalier attitude to assets that they may need to rely on. They are already five points behind Atletico Madrid in La Liga this season and it looks like the summer's disruption has played a part on the pitch.

Barça's recent transfer strategy may be delivering domestic trophies but there are serious underlying problems, ​particularly with regard to long-term planning. In the meantime, ​Barça and Neymar will meet in court later this month to settle lawsuits and counter lawsuits revolving around bonus payments the player was to receive after signing a new contract just months prior to his transfer to PSG.

The courtroom, more than the board room or the football pitch, could prove key in Neymar's future prospects of playing for Barcelona again.