​Sporting CP midfielder Bruno Fernandes is set to sign a new contract with the club, but he has been promised that he will be allowed to leave the club next summer.

It seemed almost certain that the 24-year-old would leave Portugal this summer, with both Manchester United and Tottenham Hotspur among those tipped to strike a deal. However, the player recently revealed that a ​move to Spurs ultimately fell through after Sporting decided they weren't happy with the financial side of the deal. 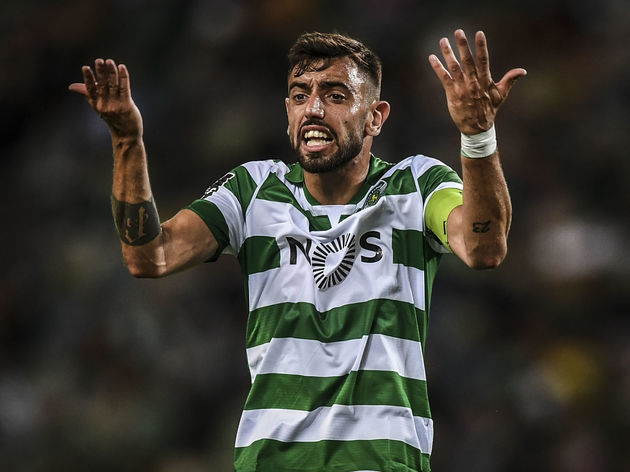 He was due a €5m bonus if Sporting rejected an offer which met his €35m release clause, but ​Record claim Fernandes will reject the chance to claim that bonus and will instead pen a new deal with a higher salary.

However, he will only do so if Sporting promise to allow him to leave next summer, when the likes of ​United and ​Real Madrid are likely to pursue a deal.

​Spurs could also choose to reignite their interest in Fernandes next summer, but they instead chose to pursue a £55m deal for Real Betis midfielder Giovani Lo Celso, who arrived at the Tottenham Hotspur Stadium on loan with an option to buy.

It seems unlikely that Mauricio Pochettino would sign both players, although it could all come down to the future of ​Christian Eriksen. The Dane has entered the final year of his contract and has recently ​been linked with a January move to either United or ​Inter.

However, Spurs could also reject the chance to sign Lo Celso - who is yet to break into the first team since arriving this summer - and pursue a deal for Fernandes one year after they initially tried to sign him. Last season, Fernandes racked up an incredible 32 goals and 18 assists from midfield, propelling himself into the limelight. He has continued that form this year, with two goals and four assists from his opening five games.