Readers, friends (and especially Harry Kane) rejoice. We've made it out of August, we're into the meat of the season, and we ​can finally start to make some conclusions about teams. We can, can't we?

Man Utd Are Back (and in Crisis) ​Manchester United? They're back, baby. They've binned off some of those high earners who weren't contributing, they've signed the lightning fast Daniel James, Anthony Martial and Marcus Rashford have a chance to make the team their own up front...and Pogba has one last season of pulling the strings. Opening the season with a 4-0 win over Chelsea showed just how serious this team is.

Manchester United? They're relying on players who aren't good enough. They haven't kept a clean sheet since that opening weekend and Mason Actual Greenwood has played in each of their four games this season – much more a sign of a crippling lack of squad depth than faith in his undoubted talent. When Europa League fatigue kicks in, this team's going to go backwards...and they're already eighth.

The Lampard Era Is Alive (and Chelsea Are Doomed) ​Chelsea are ruined. Their 4-0 (4-0!!) opening weekend defeat to Manchester United was an object lesson in exactly what life without Eden Hazard will be like – and it wasn't pretty. Returning to London to face Leicester was a test; can turning the Bridge into a fortress save the season? On that evidence, no.

The Frank Lampard era is alive and kicking. Taking the team who just won the European Cup to penalties is huge, and Pulisic has looked great without even having time to adapt to English football. Mason Mount and Tammy Abraham have provided all of the club's points this season, they're 20 and 21 years old. The future is here.

Newcastle Are Going Down (and Staying Up) Beating Spurs away from home is brilliant. Joelinton looked really strong at the Tottenham Hotspur Stadium. Steve Bruce (has the most Premier League experience of any manager in the league). Emil Krafth might be a cracking little signing. The league is so bunched up that it'll be hard to fall far behind at this point. Even if everything falls apart, and it hasn't yet, they have a puncher's chance.

Crystal Palace Are a Goalless Disaster (Who Are Good) Roy Hodgson needed one thing this summer. He needed a striker. He needed someone – anyone – who would score goals for Palace on a regular basis. What he got was...Jordan Ayew, who he already had on loan last season. Last season's highest scorer? Defensive midfielder Luka Milivojevic. Then they didn't score in their first two games, and lost to Sheffield United, and everything is very, very bleak.

Spurs Won the Summer (and Their Time Is Over) 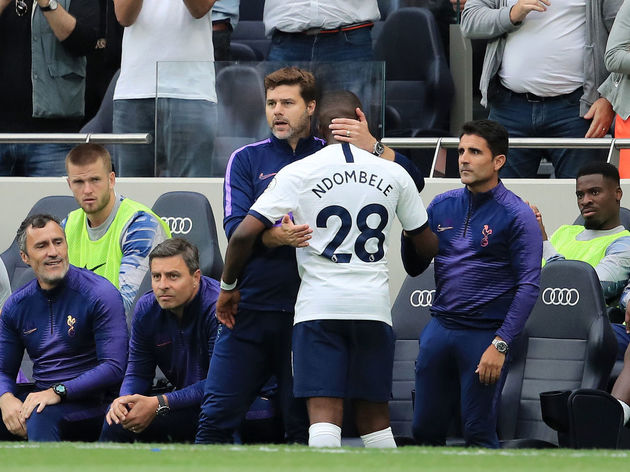 Ah, ​Tottenham's transfer window. They finally got the midfield strength in depth they needed, with the much-hyped Tanguy Ndombele and the absolutely fantastic Giovani Lo Celso, and they tied down the future of their left-hand side in the shape of Ryan Sessegnon. After a Champions League final last season, there's a base to built on here – and avoiding defeat away at Arsenal and City bodes well.

Bloody hell, Spurs. Defeat – crushing, humiliating, terminally uninspiring defeat – at home against Newcastle. Trailing for over an hour at home to Aston Villa. Starting DAVINSON SANCHEZ at right-back against Arsenal, and paying the price? The north Londoners are already out of the title race and right back where they started: battling to stay in the top four.