​Dejan Lovren has admitted he's not happy with his role at Liverpool at the moment, but revealed why he did not leave the club in the summer transfer window.

Lovren arrived on Merseyside in 2014 and immediately established himself as a regular in the back four. However, he has fallen below Joel Matip and Joe Gomez in the pecking order over the past year, leading to speculation that he would leave the club over the summer. Serie A sides Roma and Milan were said to be interested in bringing the defender to Italy, whilst Bayer Leverkusen were also linked with a move for the centre back.

Lovren admitted that he was willing to move away, but after speaking to Klopp it was made clear that he was still needed at Liverpool

Speaking to Croatian newspaper Sportske Novosti, via the ​Liverpool Echo, he said: "I am a professional, I have won the Champions League, won a World Cup silver medal, I achieved big things in football and don't deserve to go anywhere on loan and to have someone checking me and my quality.

"I feel very happy because all the time I felt Liverpool was by me, and I respect that a lot. Klopp told me: 'Listen, buddy, you are top-class player, we will not let you go on loan. We need you'. 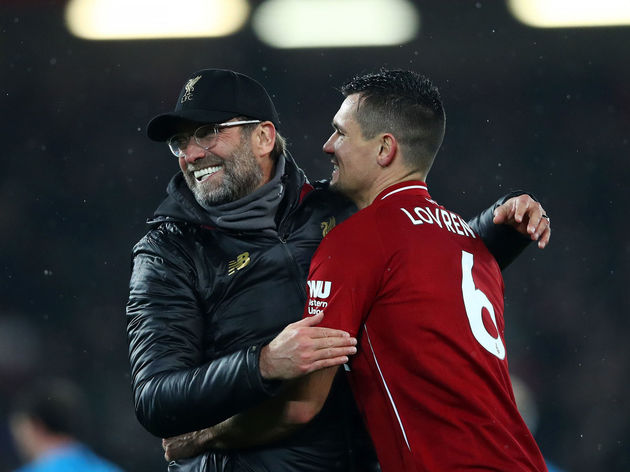 "Yes, when he told me that, it was unclear to me because I know currently I am in worst position of all centre-backs in the team. But there will be a lot of matches, some injuries are possible too...I wanted to leave, it didn't happen, I was told Liverpool needs me and I accepted that. It was not meant to be for me to leave.

"Last week I spoke to Klopp again, he told me he understands me, knows I am not happy, but he also said: 'Look, now it is finished, I want you to reset your head, I find you important'.

"I feel I am in my prime age, in great shape, mentally ready and you can not buy experience. Not many players have played in the World Cup final and Champions League final. That is why Liverpool wouldn't let me go on loan. You have to pay to get quality and not go somewhere and prove something to someone."

With the European transfer window closing on Monday, Lovren

"I feel relief the transfer window is closed. I got tired of reading and listening every day about me leaving or staying in Liverpool.