Van Dijk was at the heart of Liverpool's Champions League success last season, playing in all but one of their games in Europe as the Reds took home the top prize for the sixth time in their history. 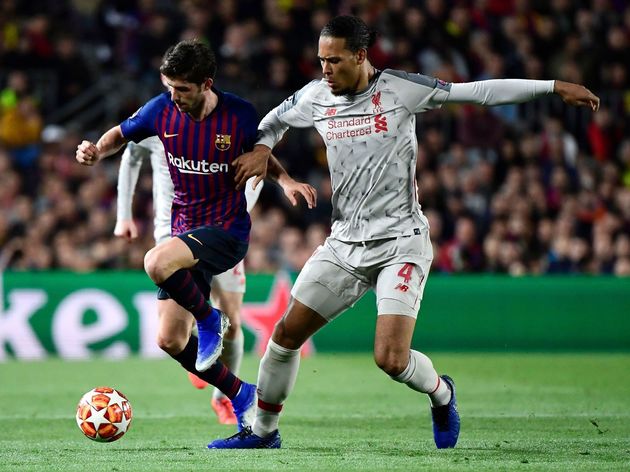 While he's not necessarily renowned for his blistering pace, ​UEFA have now reported that he recorded the single fasted sprint speed in the Champions League last season, when he managed to reach 34.5km/h in Liverpool's semi-final first leg tie against Barcelona.

The sprint itself came from a Barcelona counter-attack, when Van Dijk was forced to cover the length of the pitch to return to his position at the back - despite the best efforts of Sergio Busquets who attempted to drag him down before he got going. Even more amazing is the fact that the sprint in question took place in the 92nd minute of a gruelling tie.

Van Dijk pips Manchester City duo Leroy Sane and Kyle Walker, who finished second and third respectively for sprints which were recorded against Hoffenheim during the group stages.