​Eden and Thorgan Hazard have both been forced to pull out of Belgium's squad for the upcoming international games through injury.

Eden is yet to play for Real Madrid having joined Los Blancos from Chelsea this summer as he continues to recover from a hamstring injury. Meanwhile, his brother Thorgan - who joined ​Borussia Dortmund - has made three appearances so far this season but was recently forced to sit out against Union Berlin with a rib injury.

⚽ @hazardeden10 & @HazardThorgan8 left us. Both are injured and not able to play against San Marino and Scotland #EURO2020

Belgium's FA ​have confirmed that the pair are injured are unable to take part in either of Belgium's upcoming European Championship qualifying matches against San Marino and Scotland.

​Real Madrid manager Zinedine has already had his say on Eden's initial call up for the international break, where he also predicted that the winger won't be fit enough to make an appearance. 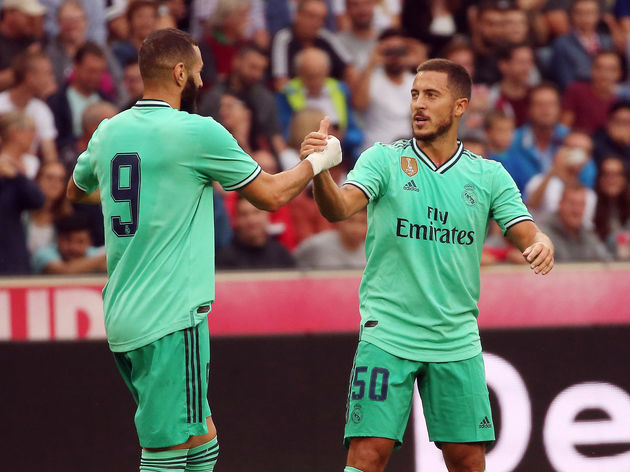 Hazard is one of a number of Real Madrid stars who is currently out injured,  but Zidane has insisted that it is merely bad luck.

"Obviously I'm not happy to see my players injured but unfortunately these things happen, they happen in every team, everywhere you look you see there are lots of players with injuries.

"Our physios and doctors and everyone who works with the players are doing everything possible and I hope that everyone can return quickly."