The club won 13 Premier League titles in the first 21 seasons of the post-1992 era, a period of untold domestic dominance that also translated into European success in the shape of two Champions Leagues – plus a further two finals.

In the six years since Sir Alex Ferguson retired, the club have still secured three major trophies. That is a haul that most would be delighted with, yet the FA Cup won by Louis van Gaal, and the EFL Cup and Europa League won by Jose Mourinho have almost been dismissed because United haven’t mounted a domestic challenge or even consistently finished in the top four. 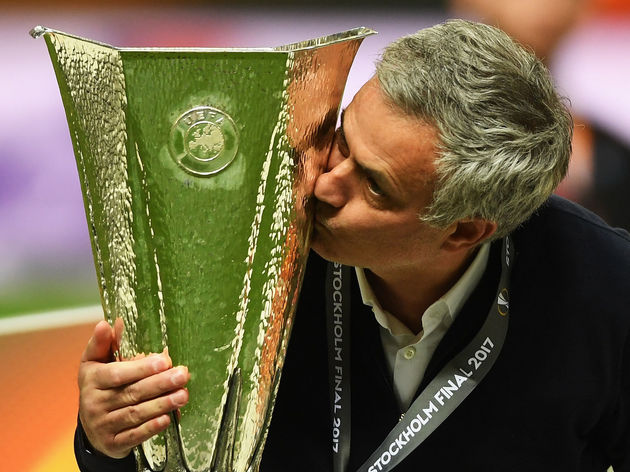 A club needs obviously standards and targets. For United, given their history, the bar is always going to be very high; and rightly so. Second best is never good enough and the club has to be winning, or at least competing for, the very biggest trophies year after year, as Ferguson did.

Those standards, matched with success of the (still relatively recent) past has clouded things.

Ferguson’s control at Old Trafford was so far reaching that the transition was never going to be as straightforward as, say, Bayern Munich or Juventus changing head coach and continuing to win league title after league title, all the while barely breaking stride.

The club’s structure was already outdated and it was only the skill of the greatest manager of all time that kept United going at the very top. A crash was therefore pretty much inevitable. But what is extremely regrettable is the length of time spent trying to figure out how to move forward. The club has lost six years – a period in which Manchester City and later Liverpool have got things so right – failing at that and the new project is only just now starting.

United initially wanted to throw money at big names in the transfer market to keep the success ticking over. Failure to convince those marquee targets to join the club was the first issue back in 2013, with the new regime perhaps overestimating their ability in such matters.

Later, it was the wrong targets, spending a record fee on Angel Di Maria, for example, a player now widely considered to have never been keen on joining, or going after Radamel Falcao still recovering from serious injury, who Van Gaal has claimed was a fourth choice. For years, it never seemed like there was enough due diligence in United’s transfer business. Players were chosen for the wrong reasons and recruitment appeared largely scatter graph – Zlatan Ibrahimovic was one of few to provide short-term relief - rather than any long-term plan.

Even so, Mourinho was still arguably on the cusp of something in 2018 – whether he was ever truly the right man for the job remains debatable – but the club opted against pursuing his transfer targets that summer and things quickly fell apart as a result.

United still aren’t operating as perhaps they should be – there is still no technical director, while football matters are still being handled by corporate figures – but a corner does finally seem to have been turned in some respects regarding recruitment and planning.

Alexis Sanchez was the last mistake and this summer saw an overdue shift in policy, with the focus moving from marketable superstars to players possessing a particular set of physical and mental attributes who can be developed according to the club’s own philosophy.

That yielded Daniel James and Aaron Wan-Bissaka, both of whom have made truly excellent starts to their United careers. Harry Maguire came with a large price tag, but has brought a clear improvement. In previous summers, the club might have chased Gareth Bale or Sergio Ramos instead, individuals who would sell shirts but aren’t necessarily right for the squad.

Fans have been frustrated because there weren’t more signings, but the risk of rushing into the wrong deals was too great and would have outweighed any progress. Bruno Fernandes was famously available all summer, but United made the decision that he wasn’t right for them and refused to reconsider despite the need for a midfielder.

Getting no one is better than getting the wrong one, a careful approach that has served Premier League rivals Tottenham very well over the last few years. Liverpool have similarly been cautious not to derail their current success by not forcing things in the market this summer.

Both of those clubs are in a better position than United right now, but the principle is the same.

Not only have United been more considered when buying, the club has now shed a significant amount of deadwood as well. These are players who didn’t fit into the new vision and who were better off gone, even if they weren’t directly replaced. That also opens up avenues for younger home-grown players to emerge, something obviously close to the club’s heart.

The squad is now thin, perhaps a little too thin, but is better for it. Better to have a smaller harmonious squad pulling in the same direction than a bloated squad of alienated individuals.

The changes on the pitch have been clear, with Ole Gunnar Solskjaer opting for style back much more reminiscent of the United of old – pressing, energy, fast, counter-attack football. The only problem is that aside from an opening day thrashing of Chelsea, the results haven’t quite come.

Solskjaer being criticised for this run of results, but Man Utd are paying for the mistakes of the last 6 years and that doesn’t just get fixed overnight. This summer was essentially back to square one and it’s a slow process. If he gets binned, what next? Who takes over? #MUFC