Despite not being fit to make his first appearance for the Magpies due to an ankle injury which has seen him sidelined since February, his attitude off the field has impressed his new manager.

Carroll is said to be very vocal during team meetings as well as regularly using his league and international experience to offer advice to his fellow forwards.

Bruce has admitted that he asked the striker to help him adapt Newcastle’s new look front line to the English game and revealed that this was one of the conditions the forward needed to accept in order to return to St. James’ Park.

Speaking to the ​Chronicle, the 58-year-old said: "When I brought him here I asked him: 'You aren't the young Andy anymore, can you be the elder statesman for me?'

"It's horrible for a player to think that. But can you help me with the strikers. We had a striker meeting and he was right in there giving his opinion." Upon questions regarding whether Carroll was seen as a 'second captain', Bruce responded: "He is the local hero and he knows what it means to play for the club.

"You can already see players attracted to him. They all want to be around him."

The Englishman’s return to action does not seem far off as he has been participating in light training in recent weeks. The 30-year-old will have his sights set on a return to the squad as they travel to Anfield to face his former club and league leaders Liverpool on 14 September. 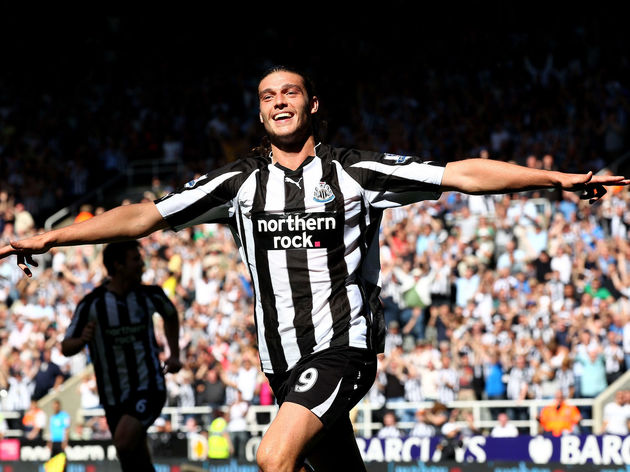 Carroll made 90 appearances for Newcastle, scoring 33 goals and contributing 21 assists before making the £35m move to Merseyside to replace the Chelsea-bound Fernando Torres in January 2011.

The Magpies will certainly need the forward's physicality and aerial ability if they hope to get a result against the only side with a perfect record in the league this season.