The Foxes are just one of three teams, along with Liverpool and Manchester City, to remain unbeaten in the competition leading up to the international break.

Ndidi, who joined the then reigning Premier League champions in 2017 in a £17m move from Genk, is confident that European football will be played at the King Power Stadium next season as long as the club can maintain consistent performances.

Speaking on Sky Sports, with quotes carried by ​Goal, the 22-year-old responded to questions over a potential top six finish by stating: “Top six? I would say top three [is possible] but we have to get the points out of the games before we can place ourselves at the top.”

The Nigerian played in all 38 games during his first full season with Leicester last year, helping them to a disappointing ninth place finish, five points off European qualification.

Brendan Rodgers sees the midfielder as a key player in his side but was forced to re-organise after Ndidi picked up a hamstring injury which saw him miss the league victory over Sheffield United and the Carabao Cup win over Newcastle. 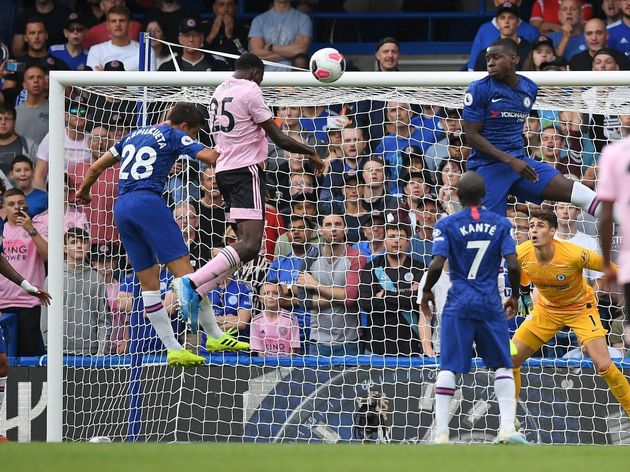 Ndidi returned to action last weekend to help the Foxes beat Bournemouth 3-1 and extend their unbeaten start to the season.

The midfielder has scored one goal this season but his work in defence is where he really stands out. Leicester City recorded nine clean sheets last year and currently boast the second-best defensive record in the league, conceding just three goals - only one more than fourth placed Crystal Palace.

Leicester’s next test comes as they travel to Old Trafford to face a struggling Manchester United side on 14 September. This will provide Ndidi and his teammates with the perfect opportunity to demonstrate their lofty ambitions and measure themselves against another top six rival.