Sanchez joined United from Arsenal midway through the 2017/18 campaign. The club went on to finish second in the Premier League that season under Jose Mourinho, amassing 81 points, by far their highest tally since Sir Alex Ferguson retired in 2013. 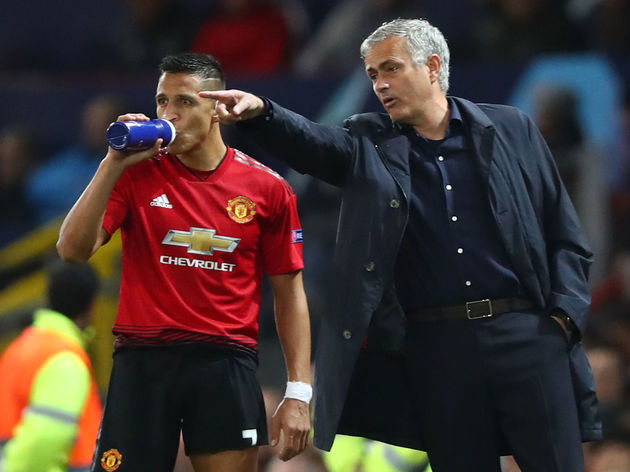 But the wheels promptly fell off the following season, United went backwards, and Sanchez, who struggled with injuries as well as loss of form and confidence, hardly played.

By the time the Chilean sealed his loan to Inter last week, it was welcome, with manager Ole Gunnar Solskjaer explaining there was no option but for Sanchez to leave, at least temporarily.

But, speaking to BBC Sport, Sanchez has insisted that he is still ‘very happy’ he joined United.

“I’ve always said that. It’s the club that’s won the most in England,” the 30-year-old explained.

“When I went to Arsenal it was fantastic - I was happy there - but United were growing at the time, they were buying players to win something. I wanted to join them and win everything. I don’t regret going there.”

Despite admitting that he is probably happiest when playing international football for Chile, Sanchez continued: “I was happy at Manchester United too, but I’ve always said to my friends: I want to play. If they would let me play, I’ll do my best. Sometimes I’d play 60 minutes then I wouldn’t play the next game - and I didn’t know why.”

Sanchez started just 31 games in all competitions in 18 months at United. He scored just five goals during that time, only three of which came in the Premier League – the same tally new signing Daniel James has in just four appearances – and rarely completed 90 minutes.