Brighton have confirmed that Florin Andone has joined Galatasaray on a season-long loan for an undisclosed fee. 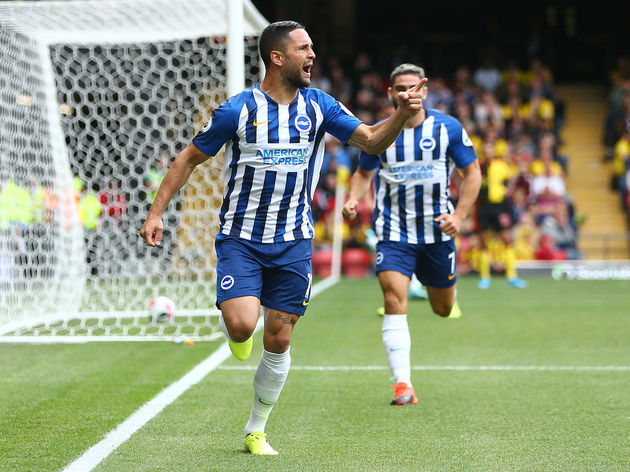 “He also has the prospect of Champions League football. We wish Florin well for the season ahead, we have the option of a recall in January and we will closely monitor his progress.

“We are comfortable with our attacking options in terms of the players already here, those we’ve recruited, and on the back of the progress made by both Aaron Connolly and Steven Alzate.

“Both players have earned their opportunity, and are demonstrating their capability at this level.

Aaron is a good addition to our goalscoring options alongside Glenn Murray and Neal Maupay.

“Steven also provides an extra attacking option from wide positions, playing just off a striker and in midfield — alongside the likes of Leandro Trossard, Pascal Gross, Solly March, Alireza Jahanbakhsh, and Yves Bissouma and Jose Izquierdo, once they are both back to full fitness.”

The announcement also notes that Brighton have a recall option as a part of the loan deal which they will be able to activate in January if the club sees fit.