It's taken 21 months, but the inevitable has finally come to fruition. Alexis Sanchez and Henrikh Mkhitaryan, who were both involved in one of the most high-profile swap deals in Premier League history, have both been pushed out of the picture at their respective clubs.

Sanchez, who made the move to Manchester United at the start of 2018 after four years of carrying Arsenal on his shoulders, has joined Inter on loan while Mkhitaryan, who went the other way, has made the move over to Roma on a temporary basis. 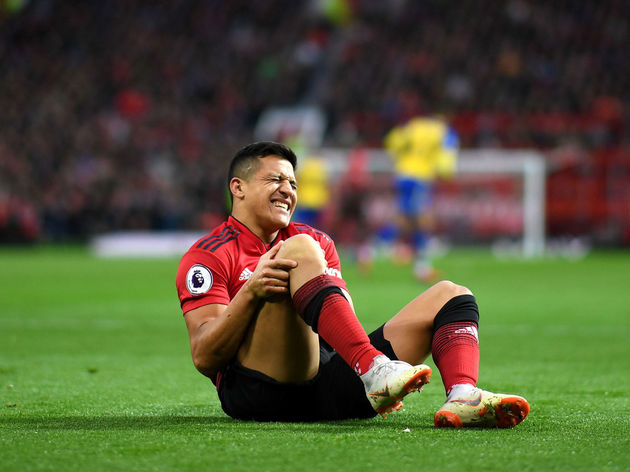 After making a combined total of 104 appearances - registering just 14 goals between them - it wouldn't be an exaggeration to say that the original deal which saw them trade places is one of the least successful in recent Premier League history and is one which both clubs will be keen to forget about as quickly as possible.

It initially appeared as though ​Arsenal would be getting the raw end of the deal. ​Sanchez had been their talisman ever since he arrived on English soil from Barcelona and, although his time at the club had become untenable due to his desire to leave, it was still a tough one to take for Arsenal supporters.

This was especially true as his replacement, ​Mkhita​ryan, hadn't exactly set the world alight during his brief spell with ​Manchester United. The Armenian frequently underwhelmed with the Red Devils and, unfortunately, his frequent spells of anonymity for United continued in north London.

There's no denying his individual talent, but both Arsene Wenger and Unai Emery failed to come to a decisive conclusion on what he was actually any good at. He drifted in and out of games as an attacking midfielder, didn't posses the physical attributes to excel in a deeper role and was far too slow to have the desired effect out wide. In short, it was never really going to work out.

While Arsenal barely benefited from the arrival of a player who, much like Mesut Ozil, should be good on paper but essentially contributes to the square root of nothing, Manchester United would have been much more optimistic when they saw a certain Chilean switch allegiances.

Man Utd are going to be incredibly short if they do decide to offload Alexis Sanchez to Inter.

But they've still got to do it, IMO. Just get him out of the club and start again. There's no quick fix either way.

Sanchez arrived with plenty of fan fare (yes, including that video with the piano) and was even plucked from under the nose of Manchester City, so it appeared as though he was going to be a hit at Old Trafford.

Let's get this straight. Sanchez:

2) Became the club's (and the Premier League's) highest earner

4) Was the chief culprit in the formation of the Manchester United banter era.

Daniel James has now scored as many Premier League goals for Manchester United as Alexis Sanchez.

He simply couldn't replicate the form that saw him become one the Premier League's most revered forwards at Arsenal. The confidence visibly drained out of him the more games he played and he soon became a symbol for everything that has gone wrong for United over the past few years - all while earning an eye-watering £350,000-per-week.

There was no need to carefully dissect his performances and provide tactical breakdowns about his shortcomings. He played within himself, struggled to build any sort of chemistry with his teammates and was guilty of giving the ball away, over and over again.

His form was also being undermined at every stage by his monumental wage packet, which was being used against him at every opportunity by supporters and pundits alike and, although Ole Gunnar Solskjaer tended to speak positively about him, the Norwegian clearly didn't believe he had much of a future.

Alexis Sánchez & Henrikh Mkhitaryan both playing elsewhere this season with neither of the clubs involved wanting an obligation to buy, because they’re aware that the deals might backfire, is probably the most fitting end possible to one of the worst swaps in football history.

Of course, all is not technically lost for either player. They are both out on loan so, theoretically, they could always be recalled if they are able to piece together some decent performances during their time in Italy. A fresh start and a different challenge could be exactly what they both need to reinvigorate their currently floundering careers.

However, given the direction both Arsenal and Manchester United are looking to head in over the next few years, it seems unlikely that they will be investing any more time and effort into two players who have now hit 30.

It's rare that a swap deal can go so disastrously wrong for all parties, but it certainly happened on this occasion.