​35 goals were scored across ten games in what turned out to be another thrilling weekend of Premier League action. We witnessed a spectacular derby comeback, drubbings of mid-table teams by far superior sides and the odd controversial moment, too.

Here are seven of the best moments from the past weekend of Premier League football. No one does it quite like ​Jamie Vardy and he opened his account for the day on Saturday with a spectacular strike against ​Bournemouth. 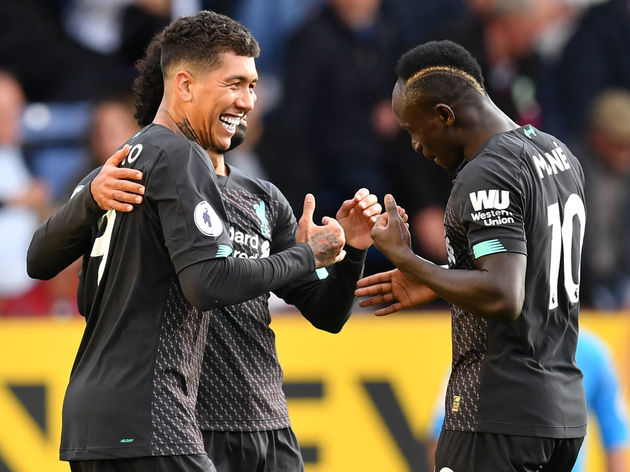 ​Roberto Firmino demonstrated on Saturday just why he is so instrumental to this ​Liverpool side, bagging a goal and an assist as the Reds thumped ​Burnley 3-0.

The assist in question came in the 37th minute. Firmino showed a great reading of the game to capitalise on a poor pass by Burnley's Ben Mee. The Brazilian ran towards the box, but recognising he was surrounded by claret and blue shirts, played a sublime pass to a sprinting, unmarked ​Sadio Mané ​Arsenal look to have been dead and buried in the North London derby by the latter stages of the first half, being two goals down to their fierce rivals.

The Gunners found their way back into the game thanks to a brilliant ​Alexandre Lacazette strike in added time. How did he celebrate? By staring, without moving a muscle, at the travelling ​Tottenham supporters, who subsequently booed him. Ice-cold.

The goal couldn't have come at a better time for Arsenal, as it gave them imputes to out in the second half and grab an equaliser through ​Pierre-Emerick Aubameyang. Pep Guardiola's ​Manchester City side have become known for their goalscoring exploits, to the point where no one bats an eyelid if they trash some mid-table side by a ridiculous amount of goals. Doesn't even make the back pages of Manchester Evening News.

So, in typical fashion, they beat ​Brighton 4-0 at the Etihad Stadium on Saturday. Their fourth came courtesy of ​Bernardo Silva, who was on the pitch for a matter of seconds when he got his goal. Talk about making an impact.

Here’s the video of Roberto Firmino trying not to laugh in between Sadio Mane and Mo Salah 藍#LFCpic.twitter.com/VOdikhi3gE

Mané didn't look too happy walking off the pitch, shouting and pointing towards the Liverpool bench. He was so incensed that ​James Milner had to try and calm him down. 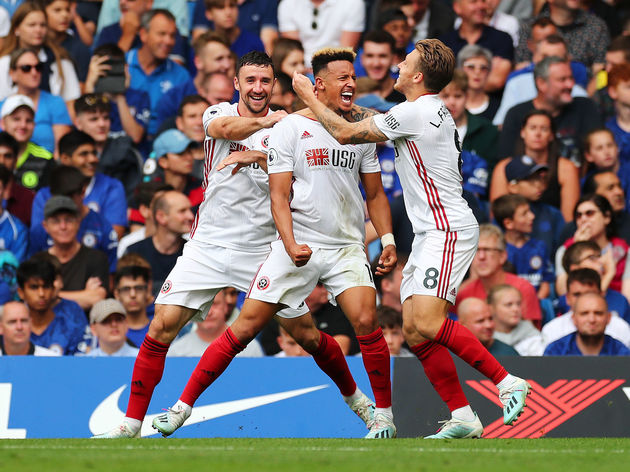 The Blades fell victim to a Tammy Abraham brace in the first-half and Frank Lampard's side looked to have been on their way to securing a first home win of the season.

It's not known what Chris Wilder said to his players during the half-time break, but whatever it was, it worked. Callum Robinson got his first-ever ​Premier League goal just one minute into the second half, before a last-minute Kurt Zouma own goal sealed the draw for Sheffield United. Liverpool manager Jurgen Klopp was all smiles in his post-match interview following a solid win over Burnley, but that smile quickly faded when the interviewer told him Trent Alexander-Arnold's goal had been judged to be a Chris Wood own goal.

With great comedic timing, Klopp asked the interviewer if he was joking. When the interviewer replied that he wasn't, Klopp stared at the camera as if to say "are you serious?" before questioning how this was possible.

If you haven't already, search for the full clip on Twitter. You won't regret it.