​Norwich striker Teemu Pukki has been named as the PFA Premier League Player of the Month for August after netting five goals four games for the recently promoted Canaries.

After an excellent season in the Championship, Pukki has hit the ground running during his first season in the top flight. He netted during Norwich's trip to Anfield on the opening day, followed that goal up with a hat-trick against Newcastle and then provided a goal and an assist against Chelsea.

Thanks to your votes, Teemu Pukki has been named the PFA Premier League Player of the Month!  #ncfc pic.twitter.com/Pw14sRSYQm

The Finnish striker - who joined the club on a free transfer last summer - has netted a hugely impressive 35 goals in 50 appearances and has fast become a hero in the eyes of Norwich supporters.

Last season he picked up the Sky Bet Championship and PFA Championship Player of the Season awards and finished the season as the top scorer in the Championship with 29 goals to his name. 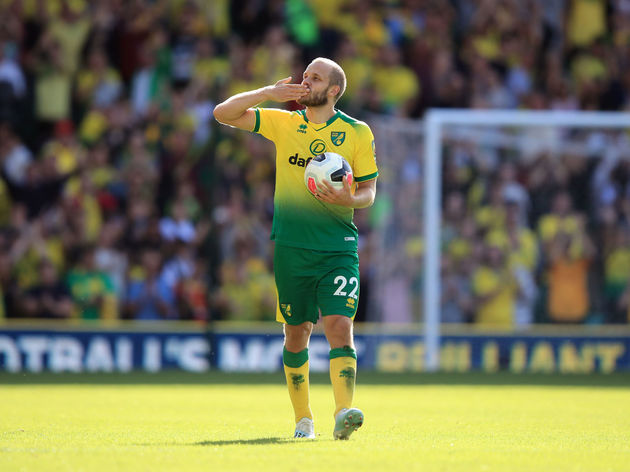 Despite his goals, Norwich have endured a mixed start upon their return to the Premier League, having picked up three points from their opening four games.

Things won't get any easier for Daniel Farke's men as, following the upcoming international break, their next league fixture comes in the shape of a home tie against Manchester City, who have been in rampant form so far this season - recently smashing four past a hapless Brighton side.